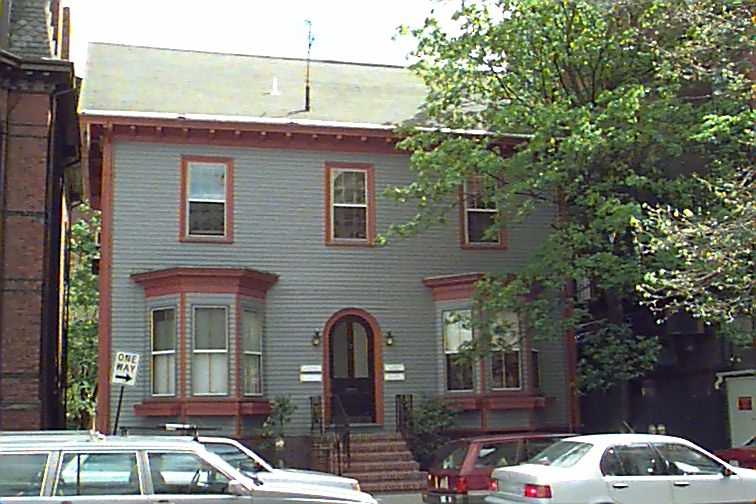 Along Kent Street and Webster Place behind the Village commercial district is a fine collection of homes. Kent Street, one of the earliest roadways in Brookline, was built from Washington Street to the point where it joins Station Street. Originally, a cart road leading across the Davis farm, it was first known as Harrison Place in honor of President Harrison and renamed Kent Street in the 1880s. The house at 7 Kent Street was once the home of the merchant, James Rooney. Built in the 1870s, it is a Greek Revival building with Italianate details as evident in the rounded doorway, the 2/2 bay windows, and the bracketed eaves. 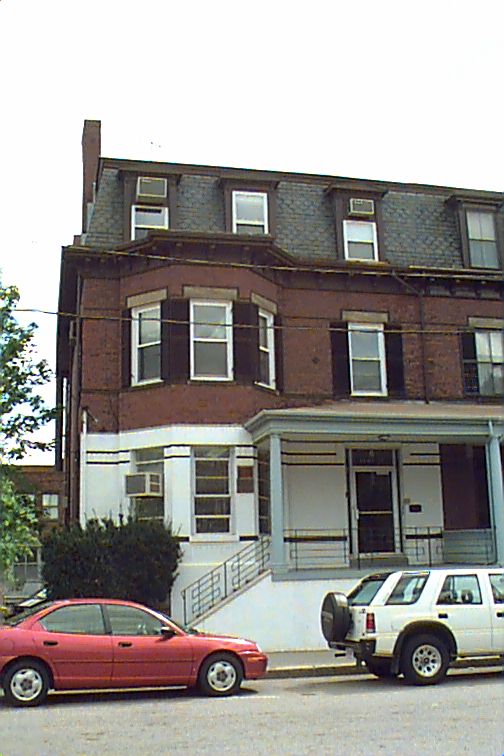 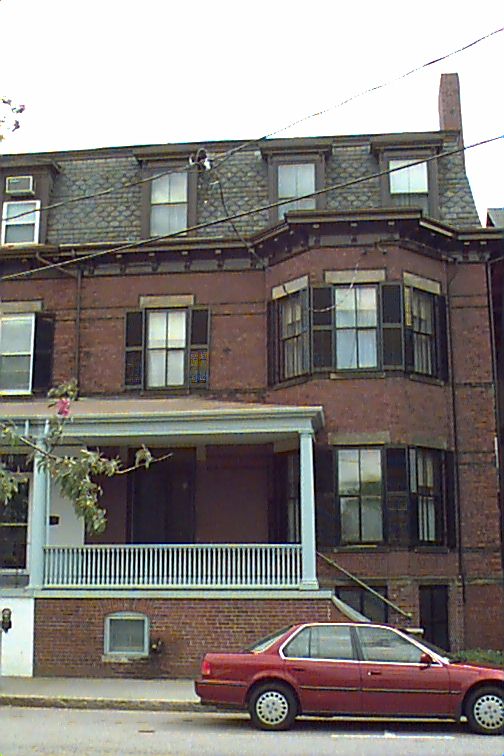 Next door at 9-11 Kent Street is a three-story mansard structure built circa 1880 by the local contractor, James Driscoll. It is a particularly fine building with the tar-dipped bricks, a patterned slate roof, and elegant treatment of the lintels above the windows. Certainly it is well-integrated with the Village commercial area. 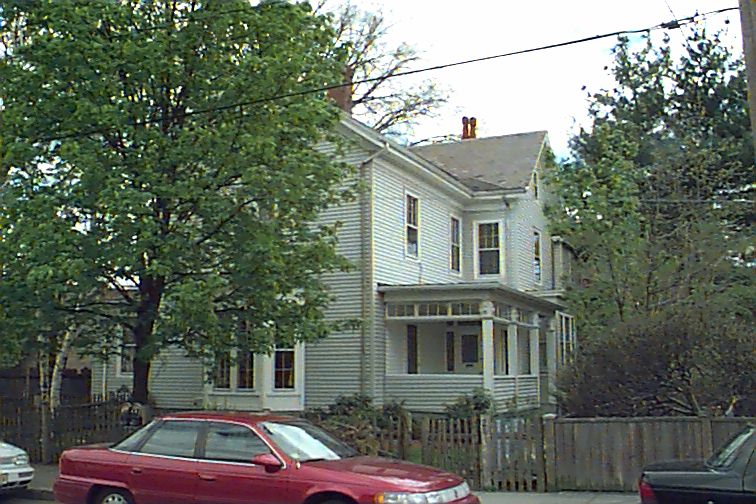 Further down the street at numbers 17, 21, 29-31 and 32 Kent Street are houses built between 1844-55. Several different stylistic treatments are apparent. At 17 Kent Street is a rectangular Greek Revival structure embellished with Italianate bracketing and jigsaw detailing. In contrast to the wide single brackets at 9-11 Kent Street, this building has paired bracketing which is indicative of an earlier construction date.

At 29-31 Kent Street [demolished] is the undecorated basic temple form of a Greek Revival structure which stands in strong juxtaposition to the ‘gingerbread’ detailing of its neighbor. 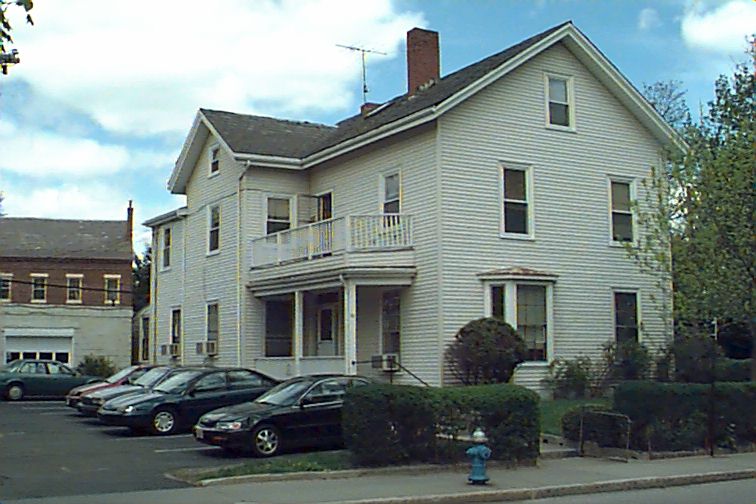 Across the street at 32 Kent Street is a late Federal vernacular farmhouse. Characteristic of its early construction is the paneling below the bay window and the elongated windows. 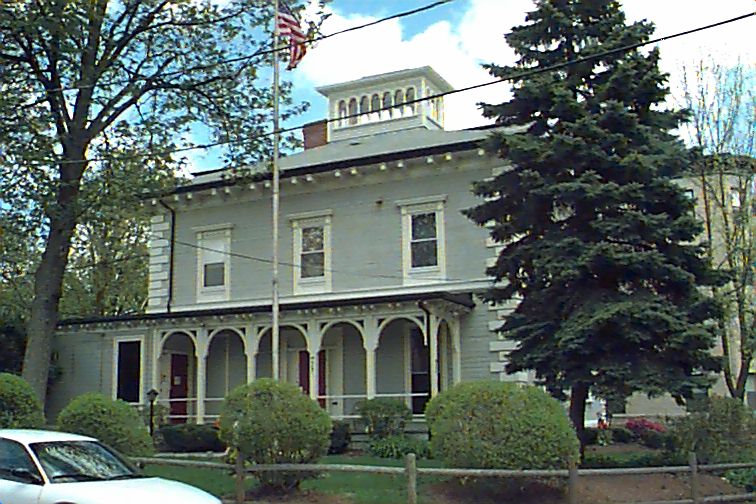 At 40 Kent Street is the former Ginery Twichell house. This gentleman, a celebrated local figure who was President of the Boston and Worcester Railroad and a member of the U.S. House of Representatives, built the house in 1851 and lived there until his death in 1883. Exemplary of high style Italianate tradition are the canopy window treatment (similar to many buildings in Newport, R.I.), the cupola, the quoining, the trellised porch supports, and the flushboarding made to imitate stone. 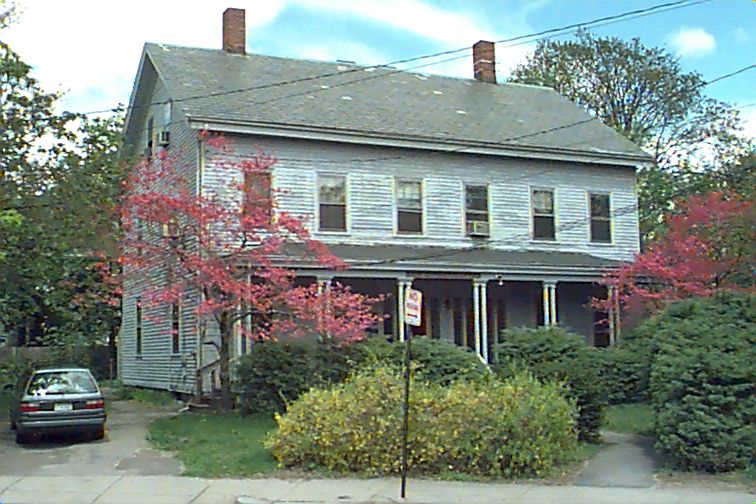 Webster Place, named for the great statesman Daniel Webster, is of a more recent vintage than Kent Street. However, it does boast two handsome structures at numbers 30-32 and 38-40. In the Greek Revival style, 38-40 Webster Place was built between 1850-55. Characteristic of the style are the wide overhang of the roof, the floor-length windows, the flushboarding, and the pilastered doorway with sidelights. 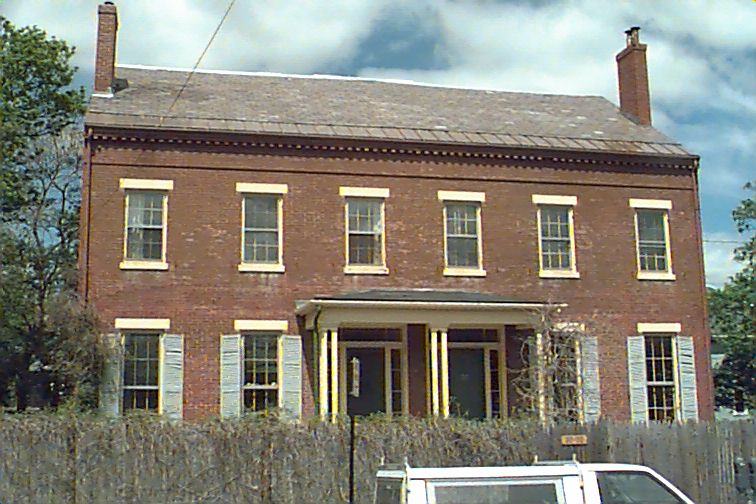 It is believed that the Richard Crocker family was the original owner of 30-32 Webster Place. Mrs. Crocker was a Homer, niece of the famous artist Winslow Homer. Built between 1850-55, it is a transitional Federal style building. Characteristic of the period are the brick dentils along the cornice, the symmetry of the facade and the 6/6 windows. However, the full-length first floor windows and portico at the entrance are suggestive of the then-rising Greek Revival tradition.