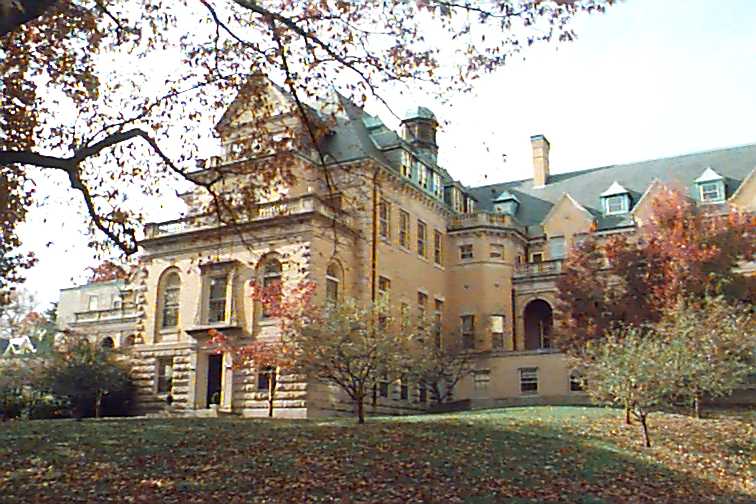 At the eastern base of Pill Hill stands the Boston Free Hospital for Women. The major hospital building abutting the Muddy River (part of the Olmsted Park System National Register District) was built in 1895 by Shaw and Hunnewell. Trimmed in limestone, details include string coursing, arched windows, carved keystones and an unusual motif of diamond shaped carved lions’ heads. A bracketed cornice, gables and copper dormers in the wings add to the richness of detail. Though less ornate, the other buildings and rear wing echo the main structure’s design. The hospital is historically significant as the first teaching hospital for Harvard and as the first hospital in the country to apply radiation treatment for cancer. The landscaping was tended by Charles Sprague Sargent, director of the Arboretum for 54 years. Like Olmsted, Sargent lived near Pill Hill at his estate ‘Holm Lee’. 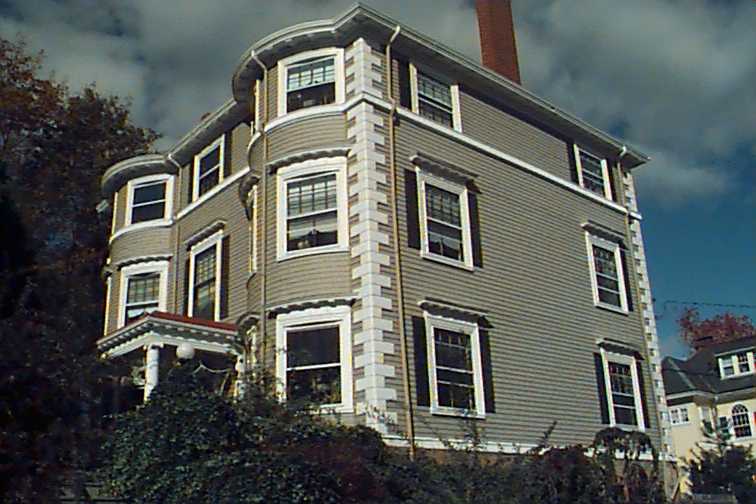 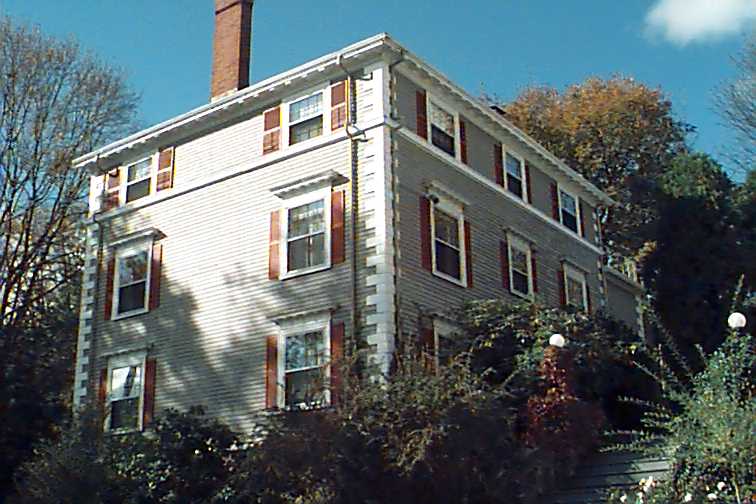 Hawthorn (originally Hill St.) and Glen roads, perperidicular to Cumberland Avenue, were laid out by the Brookline Land Company in the early 1870s. Compare their grid pattern to the picturesque, winding quality of Upland or Edgehill roads. Numbers 17 and 21 Hawthorn Road are a pair of Federal Revival style clapboard buildings designed by Peabody and Stearns in 1893. Note the quoins, the dentilled cornices on windows and roof, the extremely shallow roof and the small third floor windows above the projecting horizontal course. 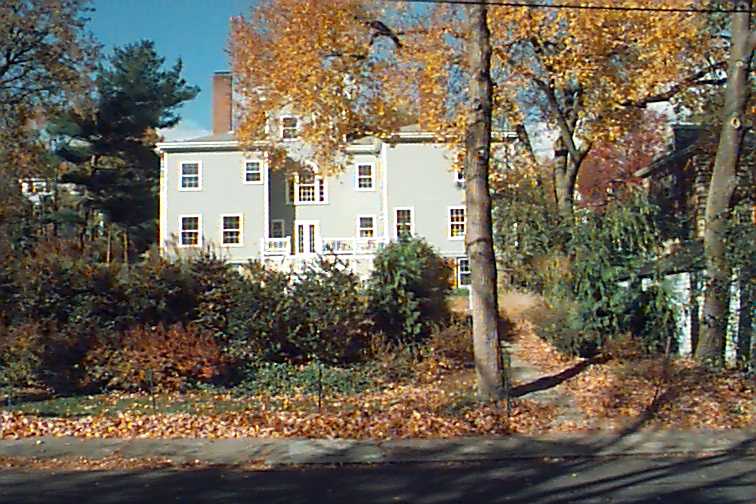 Across the street, 14 Hawthorn Road is a copy of an 1803 Aspinwall Hill house. Built in 1896 by the builders Whidden and Company for Thomas Aspinwall, the house is Georgian Revival with its Palladian and lunette window decoration, Doric columns and balustraded entrance. 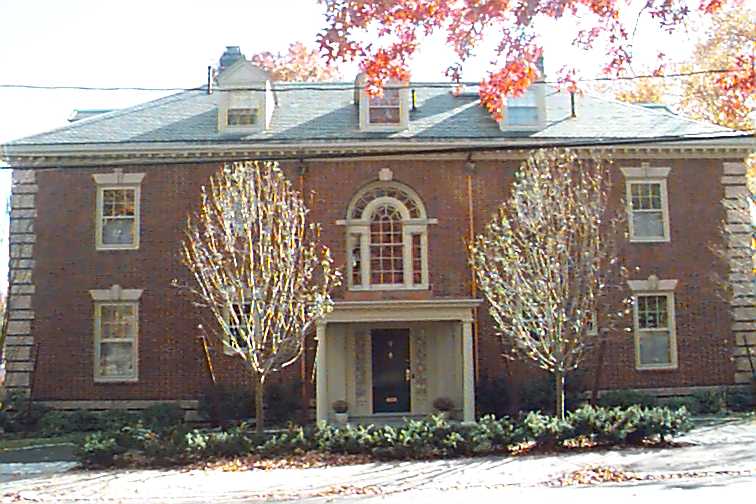 Next door at number 4, a similar house was built of brick in 1894 by H.F. Bigelow in collaboration with William Rutan. 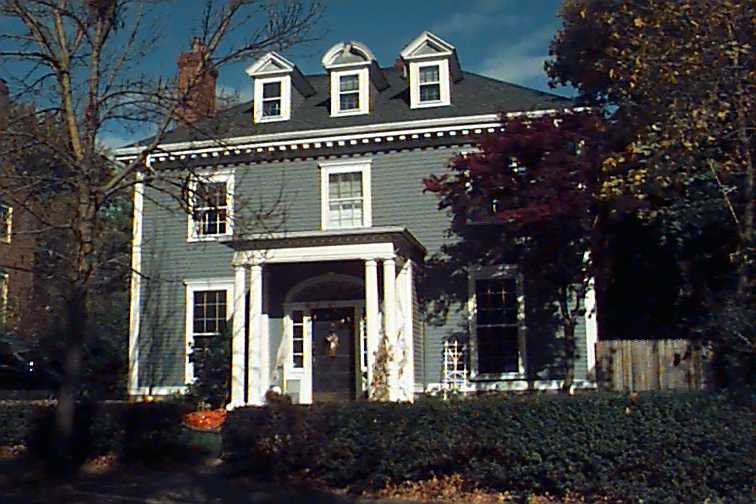 Turning onto Allerton Street, originally a continuation of Irving Street, one views a variety of Queen Anne and Colonial Revival style homes from the 1880s and 1890s. 58 Allerton Street was designed in 1899 by Joseph E. Chandler, the restorationist of the Paul Revere House. Thus it is no accident that this box-like, hipped-roof building was constructed in the Georgian Revival style. 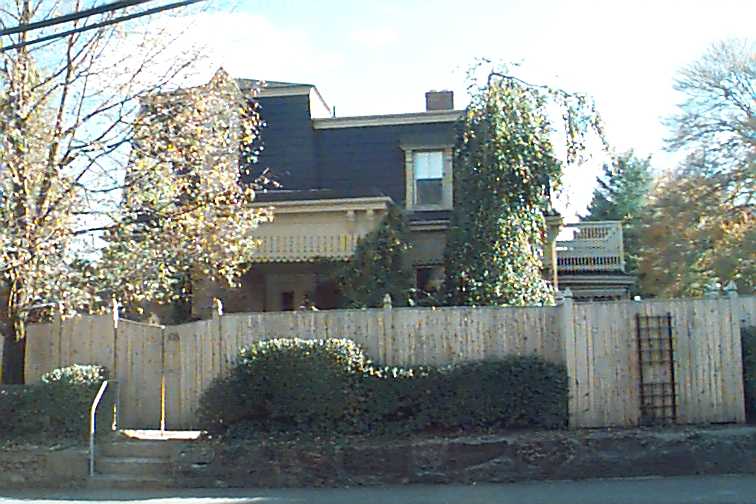 On the corners of High and Allerton are two houses which exemplify the eclectic Victorian and the Classical Revival traditions of Pill Hill’s development. 68 High Street is a stone and shingle mansard built in 1871 for Henry Sayles, one of the first directors of the Brookline Land Company. The complexity of the roof and the mixture of materials display Queen Anne elements, while the stick decoration in the pointed windows reflect earlier stylistic influences. 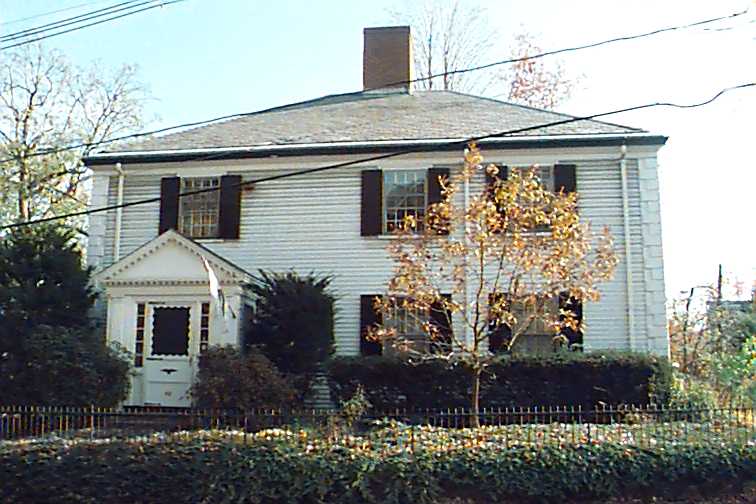 Across the street at number 60 is an accurate eighteenth century reproduction designed in 1928 by the firm of Howe, Manny and Almy. The classical architectural details of the quoining, window framing and entrance pilasters have been carefully retained in the application of aluminum siding.

In contrast to the complex massing and textural combination of the mansard structure at 68 High Street, observe the solid vertical quality of the earlier Second Empire style building at 52 High Street which was originally owned by Michael Quinlan. From this strategic location, he could look down on his carriage shop in the Village. 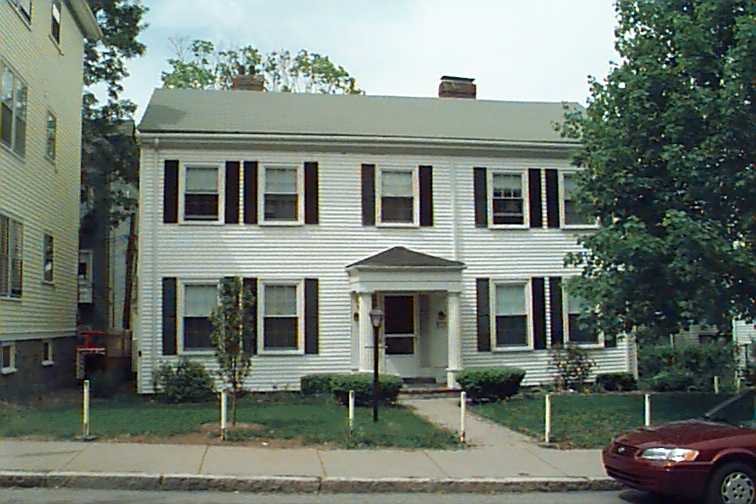 Another man who was involved in the early transportation in Brookline was Elyphalet Spurr, who ran the first daily line of public stagecoaches to Boston in 1816-17. He lived around the corner at 103 Walnut Street, a 1798 Federal style building, with its simple ridge roof, two low chimneys, symmetrical fenestration, cornerboards on a clapboard structure, and a simple dentil course. The entrance porch is a later addition with its fluted pilasters and sidelights.

Descending to the commercial center of Brookline Village one is struck by the contrast between the several buildings representing different periods of growth for the Town. On the left is the brick and sandstone ‘Hotel’ Adelaide from the 1870s whereas on the right are the urban renewal efforts of the sixties. In light of the development pressures in this area, it is indeed fortunate that so much of Pill Hill’s Victorian architecture remains intact.