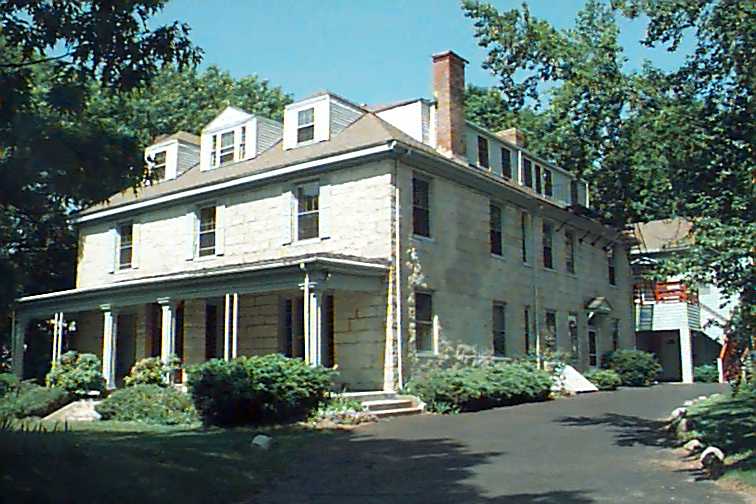 The walking tour begins with the Joseph Sewall House at 2 Wellington Terrace, the oldest building in the Point and one of the older stone buildings remaining in Brookline. When this massive stone structure was built in 1823, Sewall Street (as the upper part of Cypress Street was then called) was a narrow lane leading from Walnut Street and running behind this homestead. The area from here to Jamaica Pond was not yet developed, except for a few scattered farms. In fact, until Sewall Street became a public way in the last quarter of the nineteenth century, the only access through this ‘wild and tangled woodland’ was the narrow picturesque lane which passed by this site.

The Sewall House serves as a good introduction to the various architectural styles of Brookline. This house is typical of the Federal style, four-square (four equal sides) with a symmetrical facade and a hip roofline. Although the building has undergone many alterations through the years, its former elegance still shows in its handsome lines.

Passing Wellington Terrace and continuing down Cypress Street toward the center of the Point neighborhood, one can see the line-up of triple-deckers along Mulford and Edwin streets. The development of three-deckers is the most significant architectural motif in the Point since this was the prevalent housing form at the turn of the century. Practical, solidly built structures, three-deckers are typically characterized by high ceilings, large rooms, and ample window lighting. There has been increasingly wide recognition of their value both as a housing type and as an architectural statement of a particular period in our history. Although the ornamental details of the threedecker generally are sparser than those of the single-family house of the Victorian era, they are well worth retaining. These details reflect a standard of craftsmanship which would be costly, if not prohibitive, today. 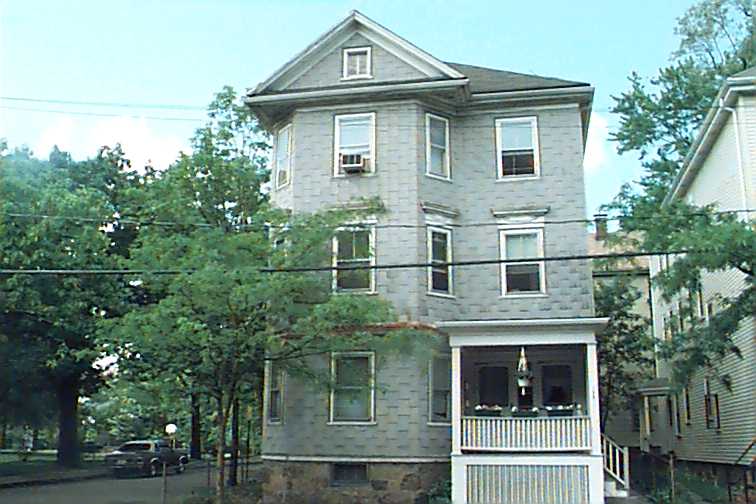 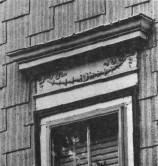 Cornice trim and moldings, projecting bay windows, and elaborate bracketing along windows, doors, and rooflines, provide a sense of individuality to these buildings and a visual richness to the surrounding streetscape. For instance, the three-decker at the corner of Mulford and Cypress has decorative entablatures with a swag motif over several of the windows. In addition, the gable roof pediment provides emphasis to the three-story bay windows by ‘capping’ them. 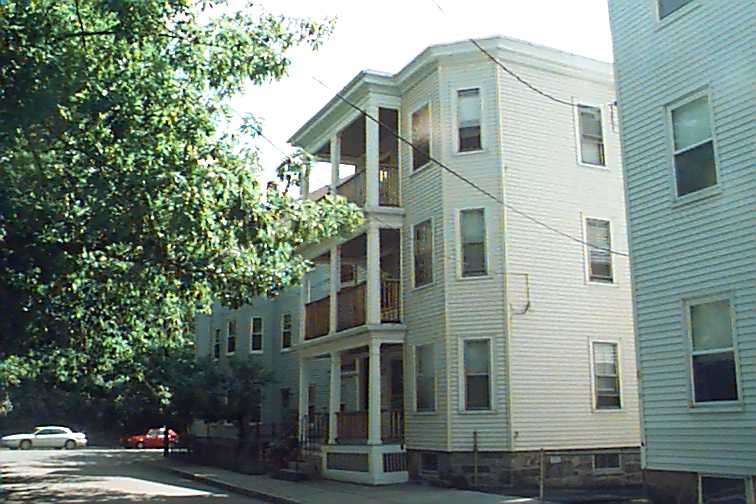 Similarly, the flat-roofed structure at 6 Edwin Street built several years later has pleasant architectural detailing — dentils along the cornice as well as the three-story porches with fluted columns and simple balusters. When these houses on Mulford and Edwin streets were built in the late nineteenth century, Harriet Vass’ greenhouses and homestead were sited on the current Clark Playground. These ‘hothouses’ were a thriving enterprise for at least two residents of the Point. The Quinn greenhouses, originally sited near the corner of Franklin and Chestnut streets, were relocated near the Vass’ operations by 1900. 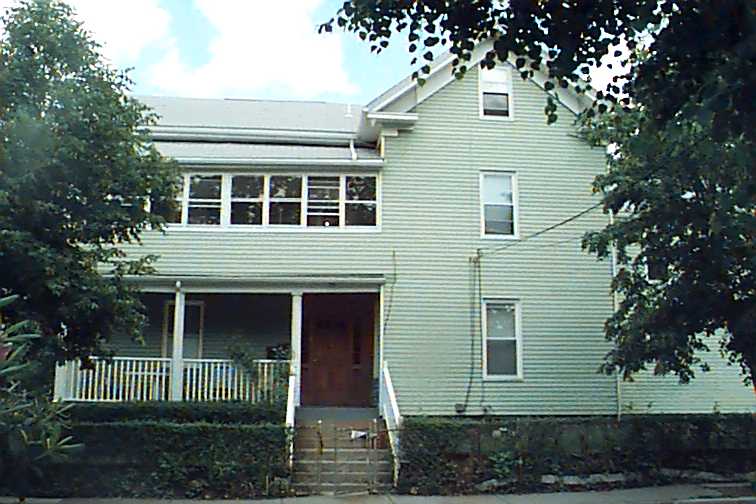 In fact, looking west from the end of Edwin Street, one can see a large gable roof structure, once owned by the Quinn family. Built circa 1854 this house was part of the Charles Goddard estate which was bought by James Quinn around the turn of the century. Shortly thereafter Quinn erected the greenhouses and subdivided the portion of land running along Chestnut Street down to Kendall Street to enable the residential development of the area. 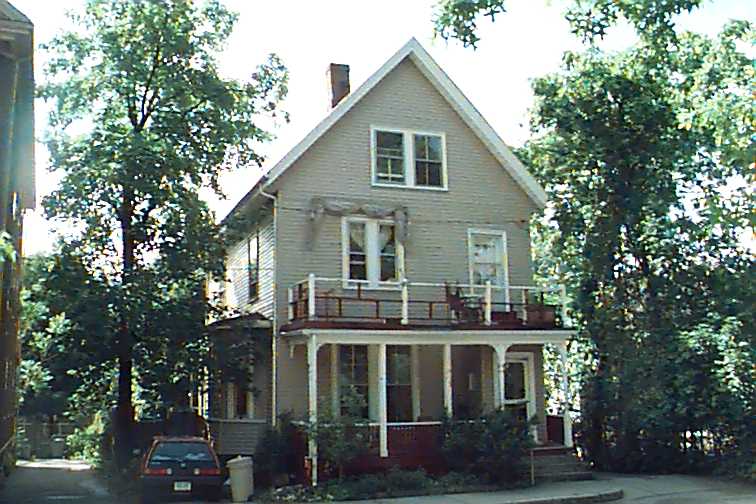 Before leaving this street, take note of the cottage at 16 Edwin Street. This small dwelling is decorated by bracketing, finial and pendant details in the gable, Queen Anne spindles on the front porch, and a wide bargeboard with a bull’s-eye motif [present in 1977 but now gone]. Although accounts are sketchy, it apparently was moved to this site in the early twentieth century, either from the immediate vicinity or the Coolidge Corner area.