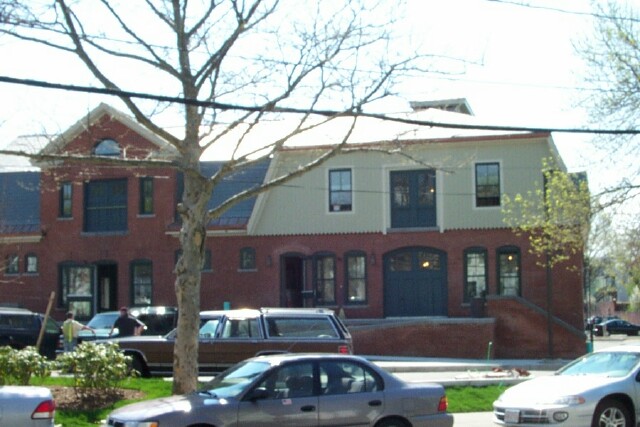 As one approaches the intersection of Cypress, Kendall, and Rice streets, the Town Garage — formerly the Town Stables — comes into view. [Renovated as office space in 2001.] Although the presence of fencing, gasoline pumps, and other twentieth century additions obscure the lines of the building, its architecture deserves attention. The right side of the building, constructed in 1874, was designed by Charles K. Kirby, a well-known Boston architect. The vertical boarding and gabled window which pierces the second story roofline give a slightly Gothic flavor to this older section. Like 16 Edwin Street, noted previously, this too has bargeboard with a bull’s-eye motif and stick work bracketing with a dropped pendant.

Several decades later, in 1898, the Town appropriated monies to ‘enlarge and reconstruct the Town Stables at a cost not exceeding $25,000.’ Peabody and Stearns, a nationally important Boston architectural firm of the time, was commissioned to prepare the design for the expanded facility for a fee of $752.00. The details incorporated in the final stable plans were features used in their designs for many of the area’s finer residences. The projecting central gable with its return cornice and dentils has a fanlight with radiating voussoirs and brick keystone as a central focus. The windows and entrances to this newer section carry a similar design. 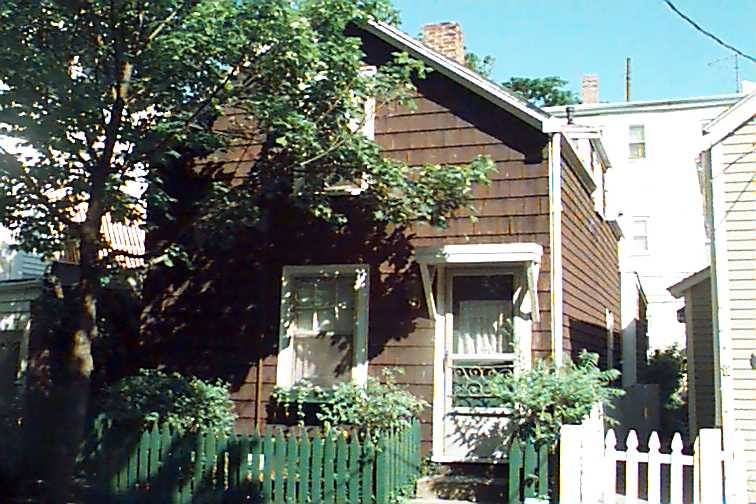 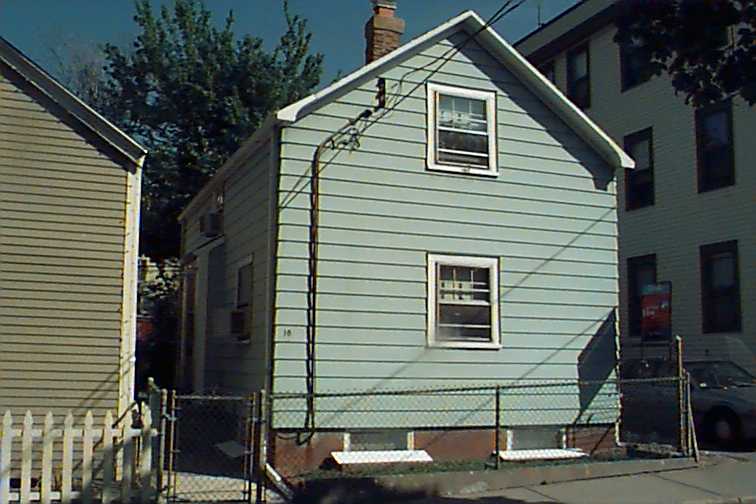 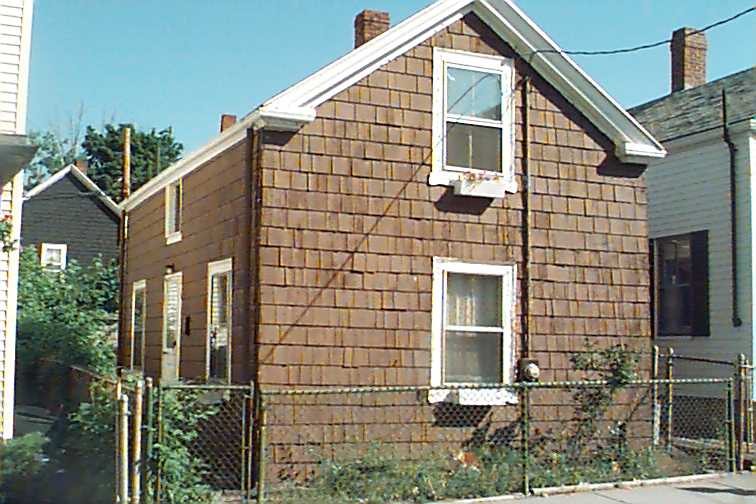 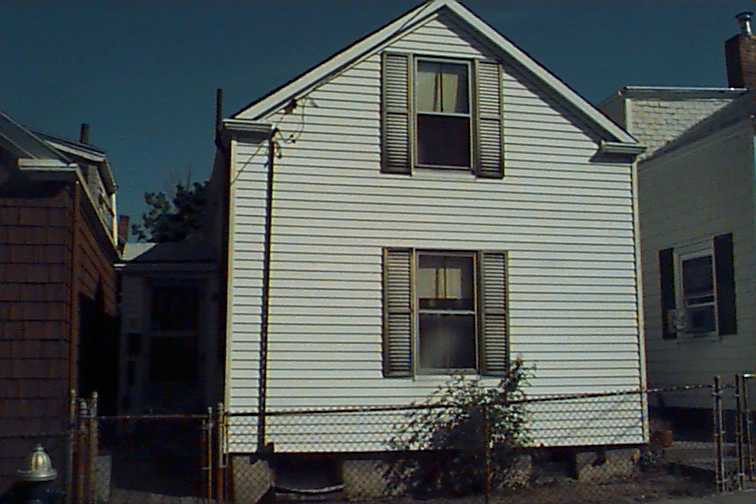 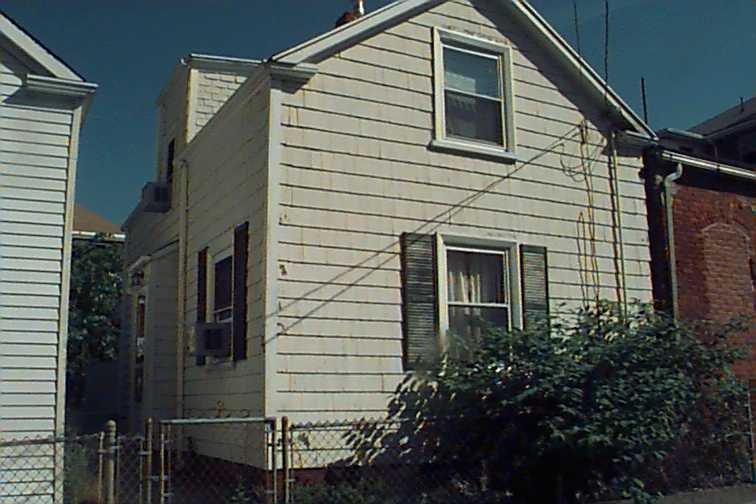 On the left is Hart Street, one of the few streets in the Point which still carries its original name. It has an interesting history dating to the mid 1800s. Captain Benjamin Bradley, who lived up on Bradley’s Hill (where Clark and Philbrick roads are today), built a heterogeneous collection of small frame houses. After his death in 1856, the properties remained on Bradley’s Hill until 1871 when the houses were bought by Mr. Hart and moved to Hart Street, or ‘Hart’s Content’ as it was then called. When the residents from Bradley’s Hill moved to this new location, they were joined by another group of residents from Pearl Street. These attractive houses still stand today forming a close-knit community with their picket fences, steep gable rooflines, and diminutive scale.

Farther down Cypress Street at the corner of Franklin Street stands the Sewall School. [Renovated as condominiums in 1999.] This structure, built in 1892 along the lines of the earlier Winthrop School (now Lynch Recreation Center) on Brookline Avenue, was designed by the architectural firm of Cabot, Everett, and Mead. One of the most salient features of the building is the stepped copper flashing along the entrance hoods and chimneys. The original slate on the hip roof, the brownstone lintels and sills, and sculptured bracketing of the entrance contribute to the richness of this brick edifice.