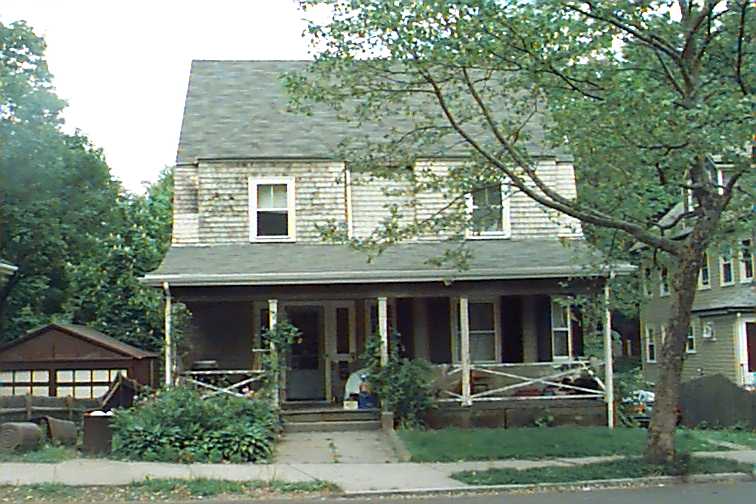 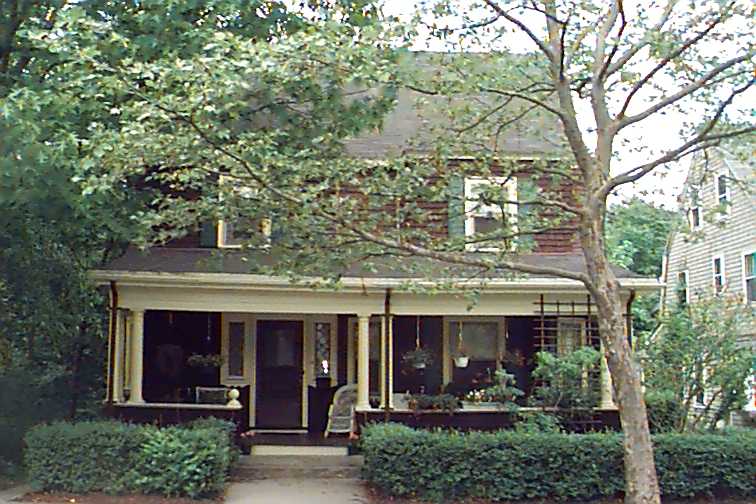 Across the street at 32 and 28 Oakland Road stand two houses built around the turn of the century. Influences of the Shingle style can be seen in the low, horizontal orientation of the buildings, the prominent gambrel rooflines, the shed dormers, and the surface material. Also common to the Shingle style is the low veranda with massive columns. While decorative ornamentation tended to be minimal with Shingle style houses, classical influences can be seen in the decorative treatment, particularly the detailing beneath the window sills, the imitation leaded glass of the first floor windows, and the tracery in the entrance sidelights. 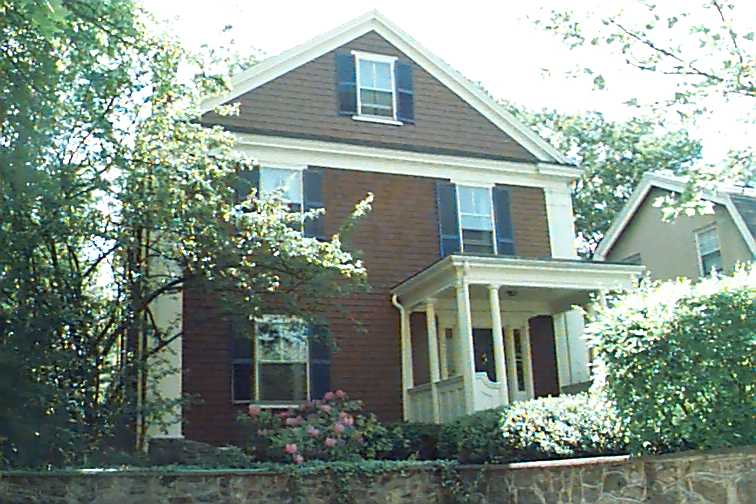 Though built in 1904 by Everett and Mead, 19 Oakland Road recreates detailing of the Greek Revival period evident in the wide cornerboards, the off-center entrance with flat pilasters and simple entablature, and the pedimented gable facing the street. 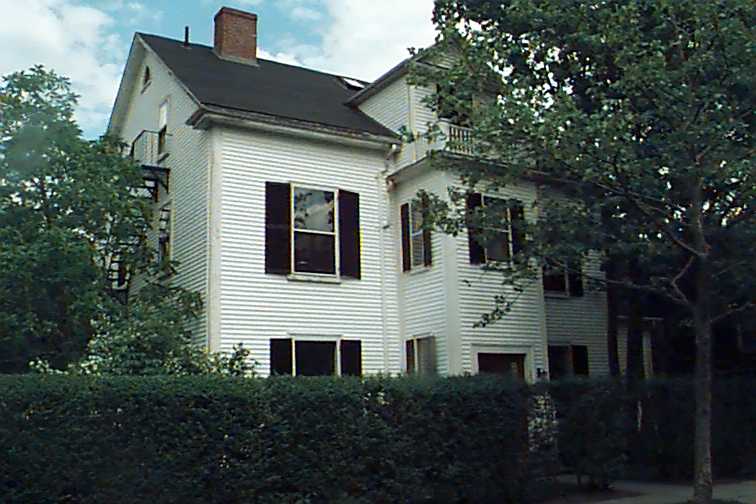 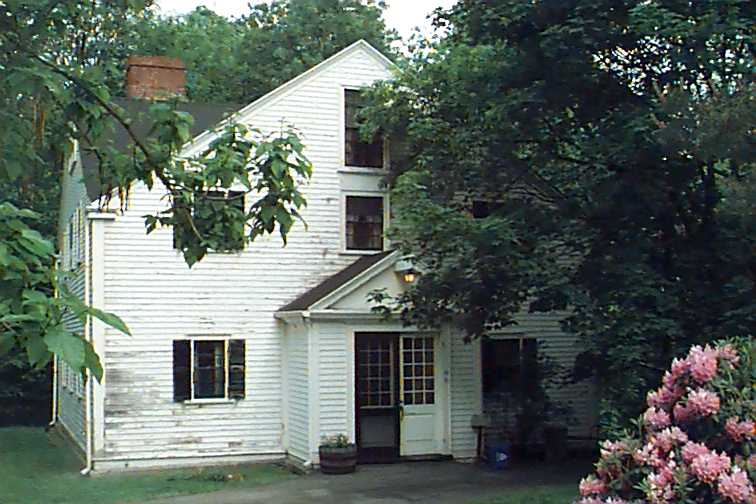 Before one leaves Oakland Road, mention should be made of Albert A. Cobb, a prominent Boston merchant engaged in the East India trade, who made his home on this street. The Cobb family, which had large land holdings in the immediate area, held on to this land for years, thus slowing the development of this portion of the Point. The house at 22 Oakland Road, built in the midnineteenth century, was the Cobb homestead.* This building which initially stood closer to Walnut Street was moved back to its present site in 1903. Italianate influences are apparent in the elongated 2/2 windows, the entrance, the narrow cornerboards, and the steep gable with return cornice. Set behind the Cobb house is the former carriage house, a plain clapboard structure with a gable roof.

*Older maps indicate that there was a house built in 1820 on or near this site. However, because of the Italianate detailing and the inability to substantiate the 1820 building date, it is presumed this is a later building — perhaps built on the former building’s foundation. 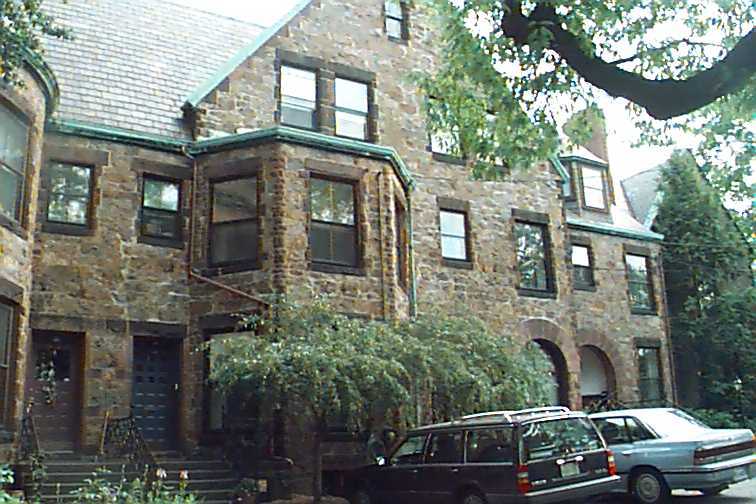 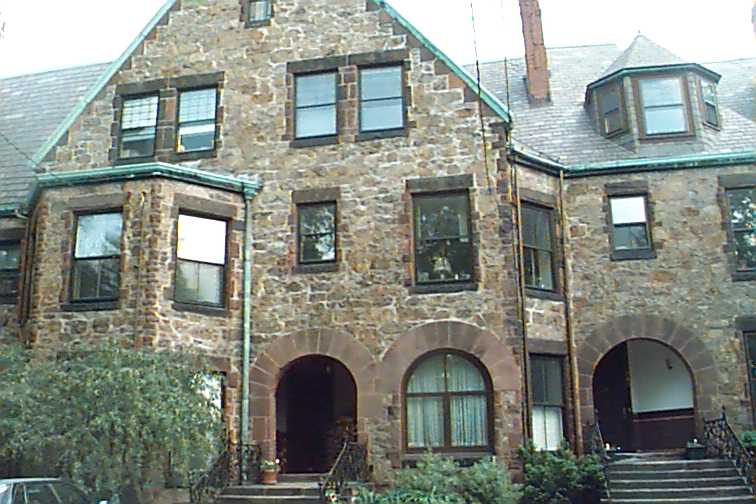 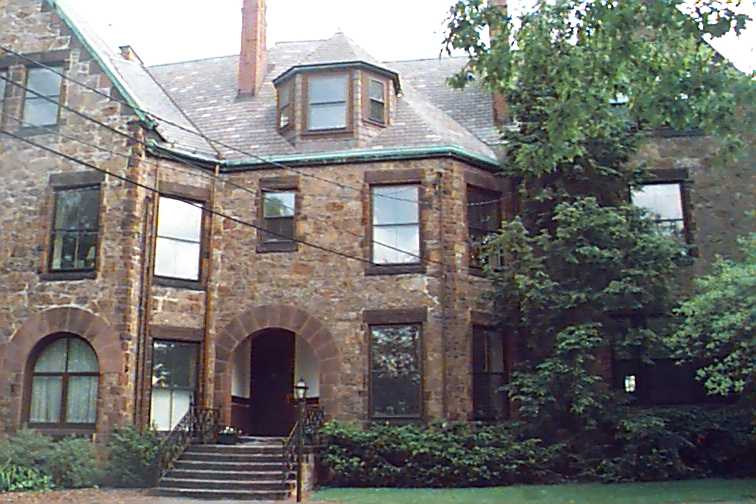 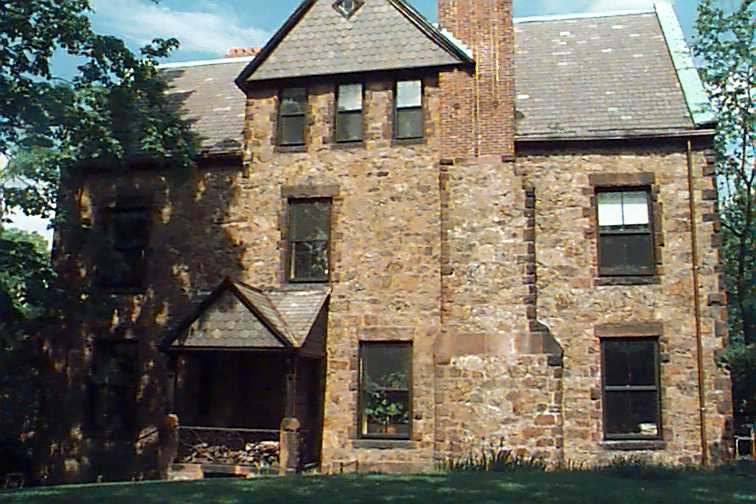 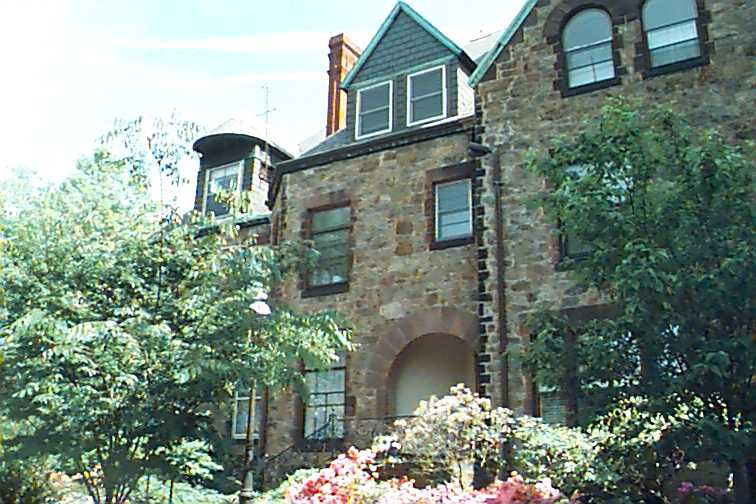 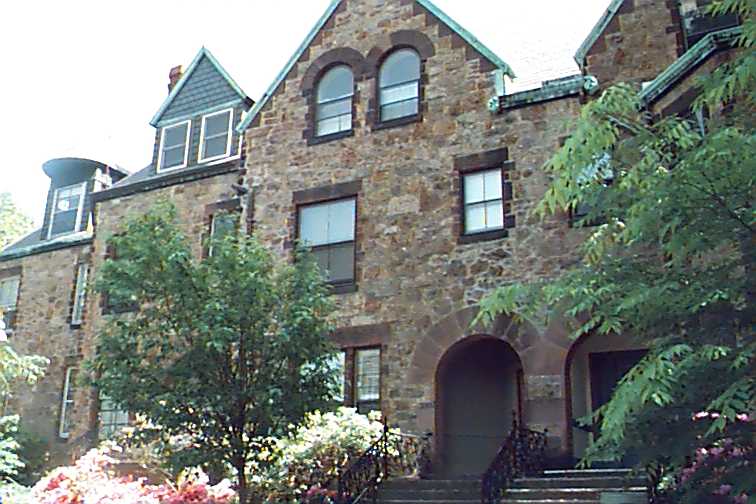 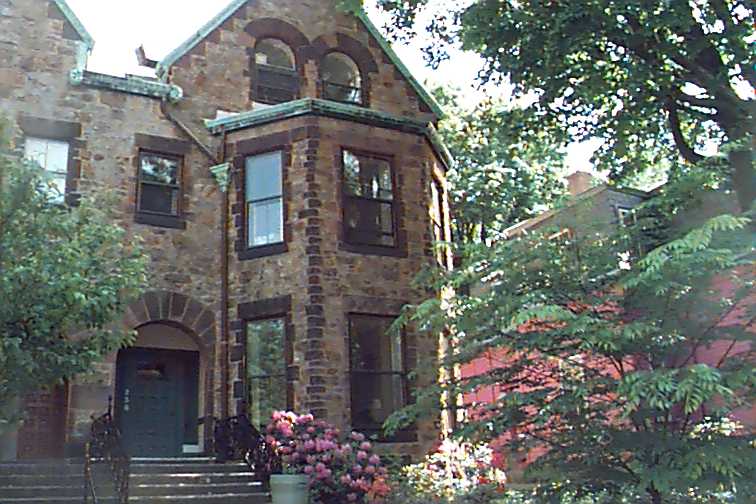 In striking contrast to the simple Cobb homestead are the grand stone edifices on Walnut Street, the last stop on this walking tour. At the time they were built for Mr. Cobb in 1887-88, Walnut Terrace circled in front of these stately buildings. When Oakland Road was cut through in 1905, however, Walnut Terrace was eliminated. The medieval architectural richness of these buildings cannot be overstated. Characteristic of this style are huge chimneys, projecting two-story bays, irregular fenestration and multiple roofs with contrasting surface materials. Heavy Romanesque segmental arches mark the dominant entrances and windows. Used for the window lintels and sills, sandstone similarly defines the quoining at the buildings’ edges and the stepped gable roof. Copper flashing used along the cornice, dormers and chimneys provides additional textural richness by highlighting these elements and the profiles of the buildings.