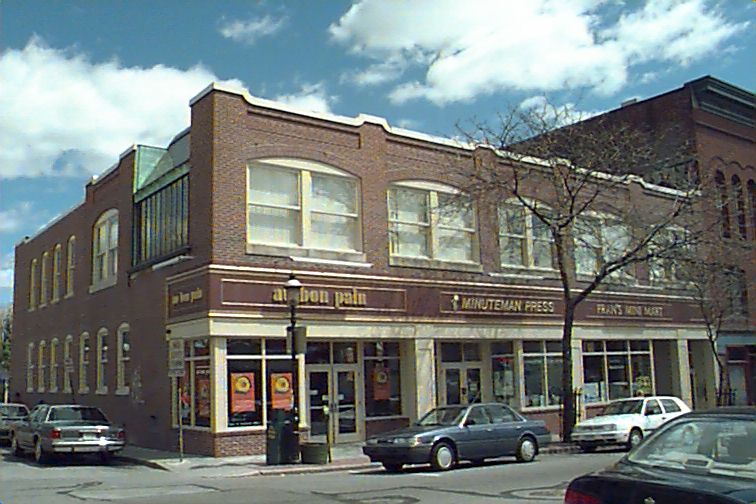 Returning to Harvard Street, one can see that most of the commercial buildings here postdate the earlier Panel Brick style of the Village development; yet several of these are worth noting. The Woolworth building, a two-story brick structure built in 1933, boasts a unique copper skylight. 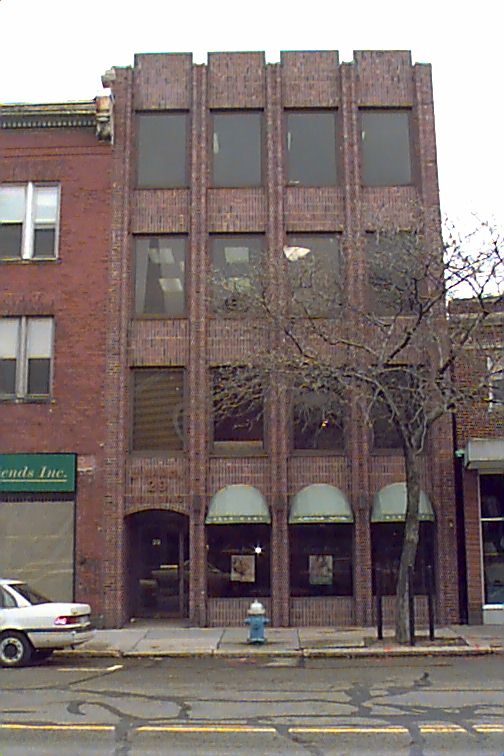 A more recent construction is the office building at 29 Harvard Street. Built in 1969, it shows how a modern building can be well-integrated with the old through a sensitivity to materials, height, and fenestration. 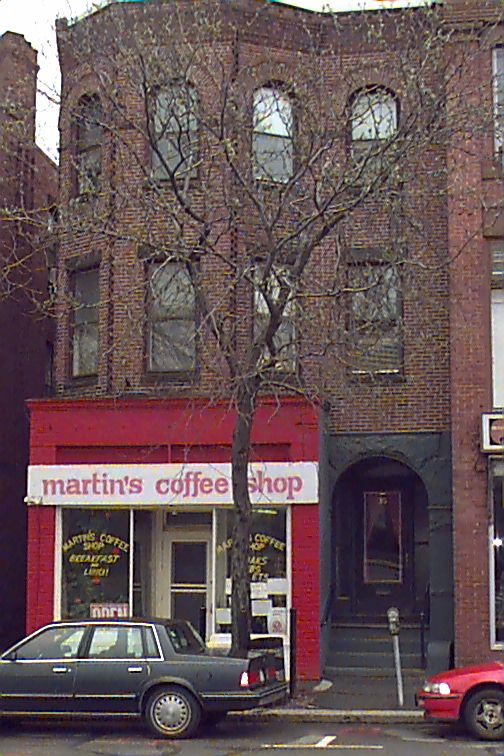 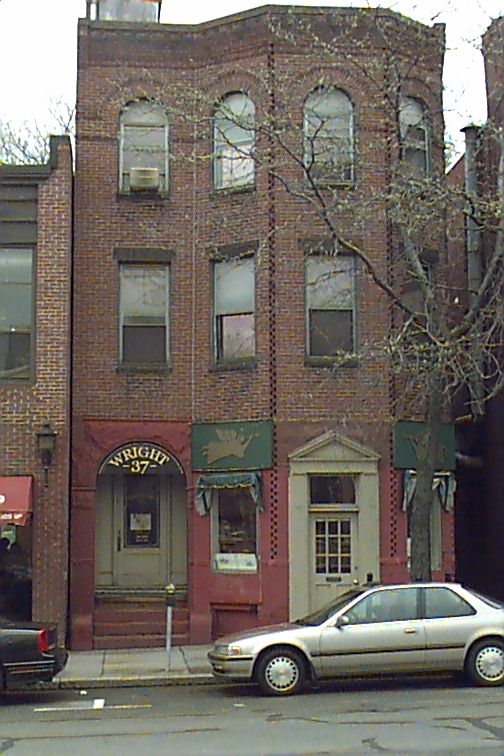 Mention should also be made of the two buildings at 35 and 37 Harvard Street. Built circa 1890, this pair has several noteworthy details–the modest stepped corbel table, the sandstone lintels, the ‘zipper’ bricks on the projecting polygonal bays and the grouped windows of the third story. It should be recalled that the grouped windows were also seen on the Brookline Trust building and the Towne Antiques building. 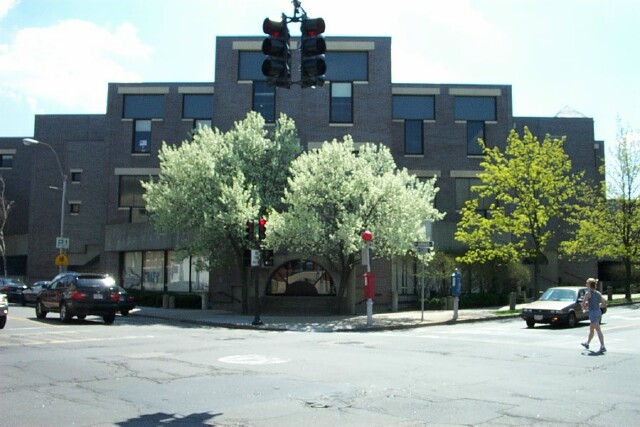 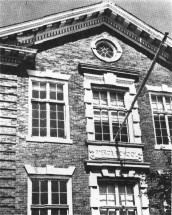 A number of blocks in the Village have changed significantly over the years, particularly the area around Town Hall. Where the small landscaped park is today used to stand the former Town Hall, a Gothic structure designed in 1871 by S.J.F. Thayer and demolished in the 1960s. Several other buildings in the vicinity were also torn down during this time, including the old Pierce Grammar School designed by J.A. Schweinfurth. Schweinfurth, who worked for the architectural firm of Peabody and Stearns, was one of the architects for the Pierce Primary School which is still standing. The original form of this building, an Italianate structure hidden behind present facade, was constructed in 1855; late in 1904 Schweinfurth was hired to enlarge it. He did so in the Georgian Revival style using New Hampshire waterstruck brick and classical Indiana limestone trimming. It should also be noted that the Parish Hall at St. Paul’s Church was modeled after designs of Schweinfurth.