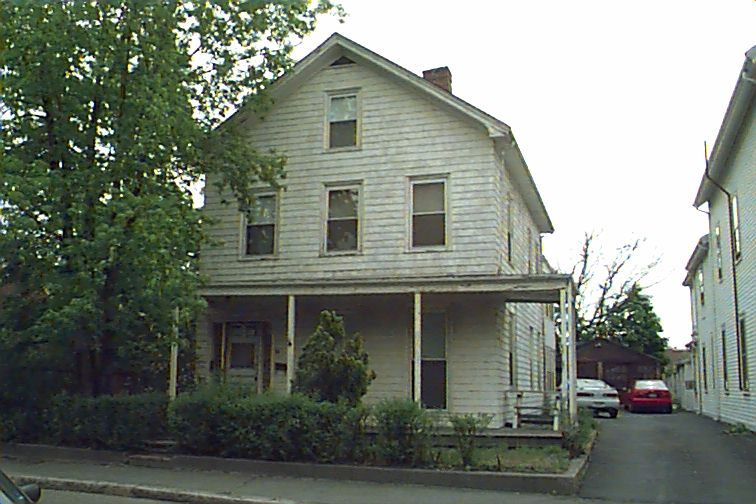 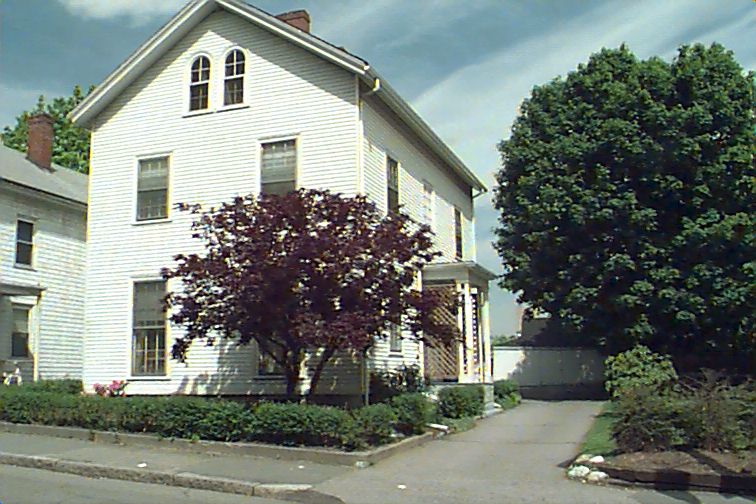 Before leaving this area note the Italianate and Greek Revival houses on Holden Street which face the Town Hall Green. 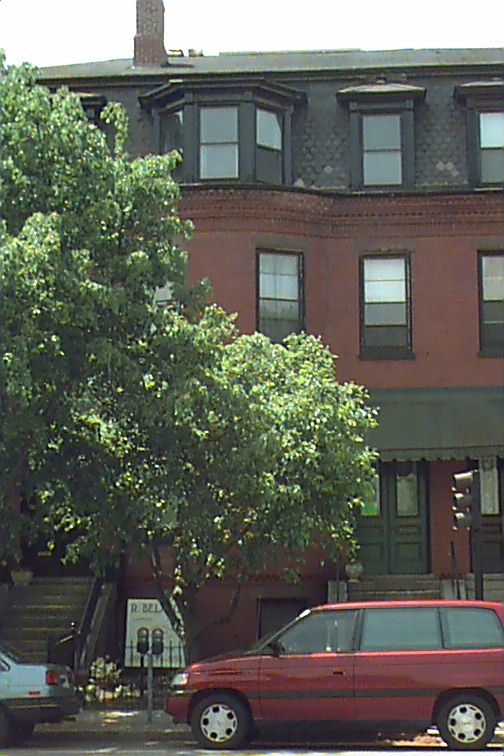 As one walks down Washington Street away from the Village Square, do not miss the Second Empire apartment house on the left with its hexagonal slate roof, rounded bays, brownstone lintels, and decorative brick patterned cornice. Built in the 1870s, this brick block was once occupied by the astronomer Robert Treat Paine. 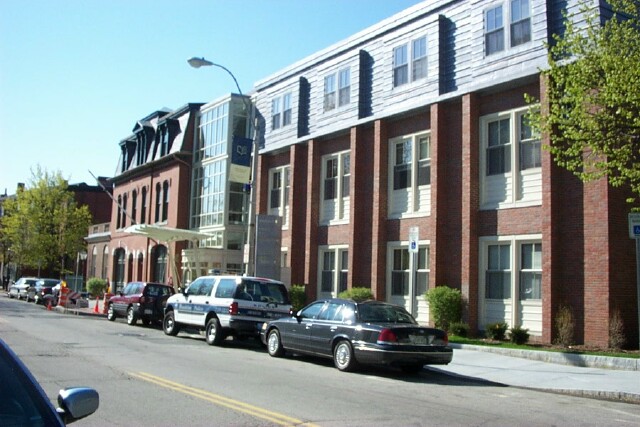 Farther on the left past Thayer Street is the Fire Station, a mansard structure built in 1871. 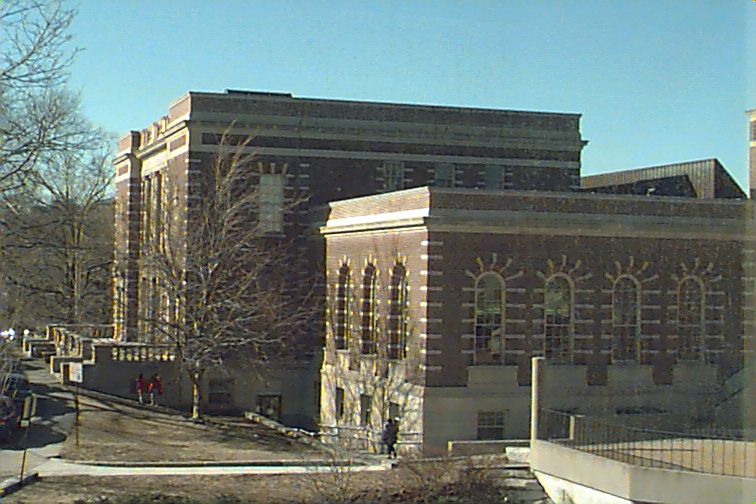 Across the street at 361 Washington Street is the Brookline Public Library designed in 1909-10, by the architect R. Clipston Sturgis just before he began work on the wings of the State House in Boston. Constructed of red Dutch sandstruck brick and buff-colored Indiana limestone, the library is sited approximately in the same location as the earlier mansard edifice which it replaced. 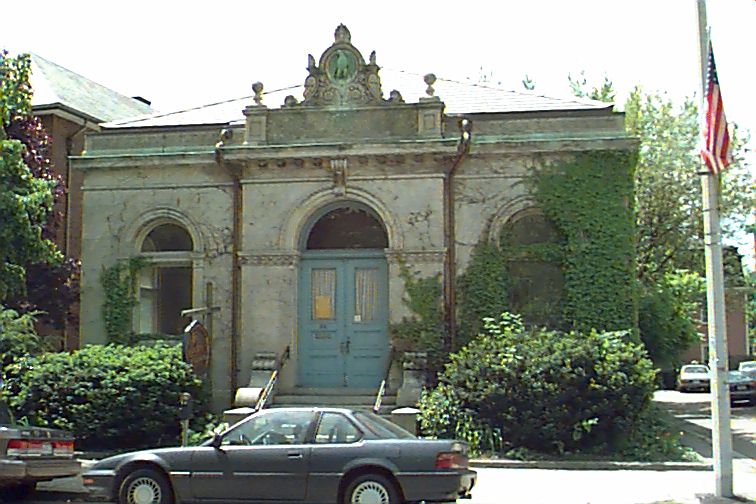 At 366 Washington Street stands the former Brookline Savings Bank. Designed in 1898 by the architect Mr. F. Joseph Untersee, the building is constructed of light brick and Indiana limestone. The first impression is one of simplicity and solidity despite the elaborate detailing–the egg and dart motif around windows and doors; the carve, modillions on the entrance bay; the loop molding along the cornice; and the baroque pediment above the front door. 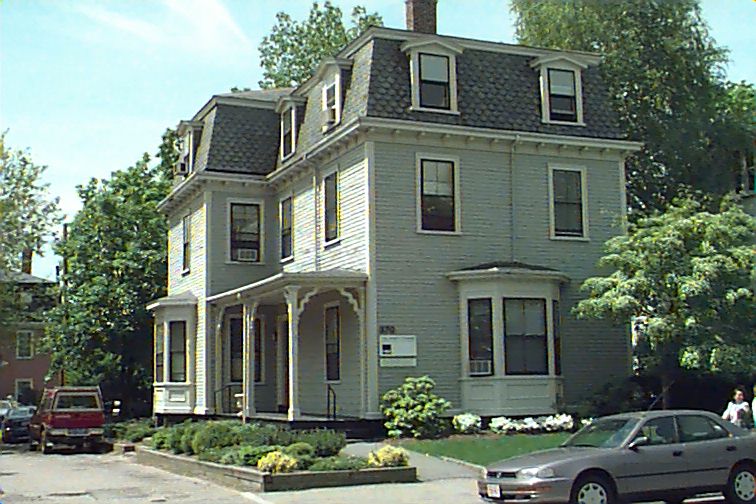 Near Cypress Street, 370 Washington is a mansard house, once-the home of David Daniels, principal of Pierce Grammar School. Indeed a few of the remaining residences still give the streetscape a flavor of earlier days when the Village was not strictly a commercial area, but a free mix of residences and businesses–with people living near where they worked.