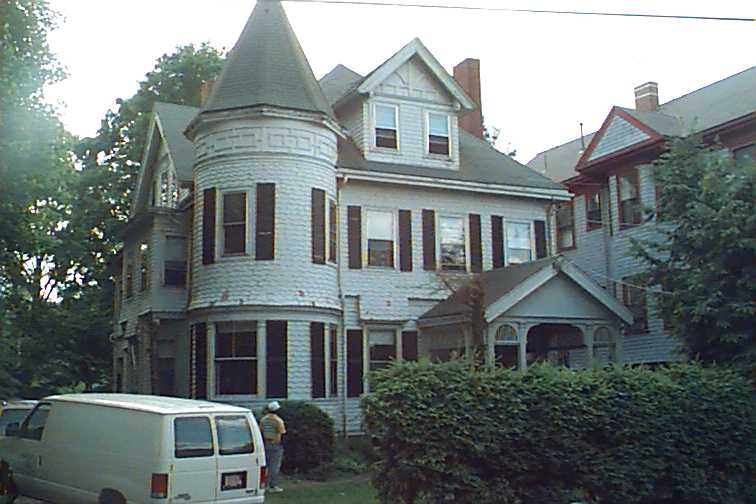 Turning the corner onto Irving Street (laid out in 1870), one passes examples of varied architecture from the 1880s and 1890s. At 9 Irving Street is a Queen Anne style structure designed in 1890 by George Moffette, Jr. Queen Anne elements visible in the verticality of the complex roofline are combined with Stick style paneling on the corner tower and in the dormer window.

Across the street, 14 Irving Street was designed in 1895 by J. Schweinfurth in the Georgian Revival style. Upright and box-like, its shallow hipped roof is barely seen behind the three pedimented dormers. The three bay clapboard facade bounded by Ionic pilasters and dentils at the eaves focuses on an ornate entrance with tracery in the sidelights and fanlight, as well as in the Palladian window above. 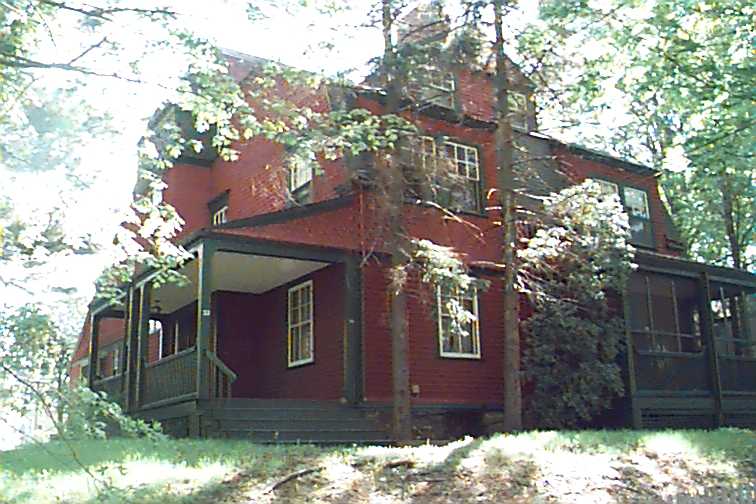 Compare this classically-derived building to 22 Irving Street, an excellent Shingle style residence with a sweeping rear roof and front gambrel designed in 1883 by Peabody and Stearns. It is sheathed in clapboards and six different shingle designs with graceful strapwork on its side tower.

Popular in the 1880s and 1890s, the Shingle style was developed in New England by many of the architects who designed houses on Pill Hill, including William Ralph Emerson, Peabody and Stearns, and Arthur Little. The style was an assimilation of Colonial Revival and Queen Anne influences adapted to the growing interest in informal, suburban living. There was a new sense of openness, with the strong emphasis on a harmonious relationship between the building and its environment. It is an architecture in which the framing is concealed by a tight sheathing of wood shingles in an organic, naturalistic fashion. As such the Shingle style represents the ultimate reaction against the structuralism of the Stick style and the textural variety of the Queen Anne style. Complementing this skin-like surface, windows often form horizontal bands; verandas become an integral part of the main building and hug the ground. Although classical details can be found on some later Shingle style buildings, decoration is usually kept to a minimum. 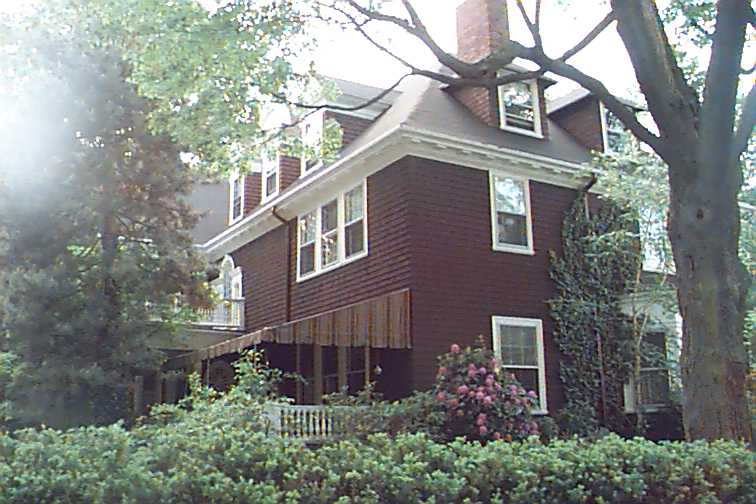 On the corner at 5 Maple Street, A.D. Little of the well-known Cambridge consulting firm once resided in the 1920s. It is a dark Shingle style-house with white trim also designed in 1893 by Peabody and Stearns. A steep side roof and banded (grouped) windows, similar to 22 Irving Street, are intermixed with a classical Palladian window and entrance porch. 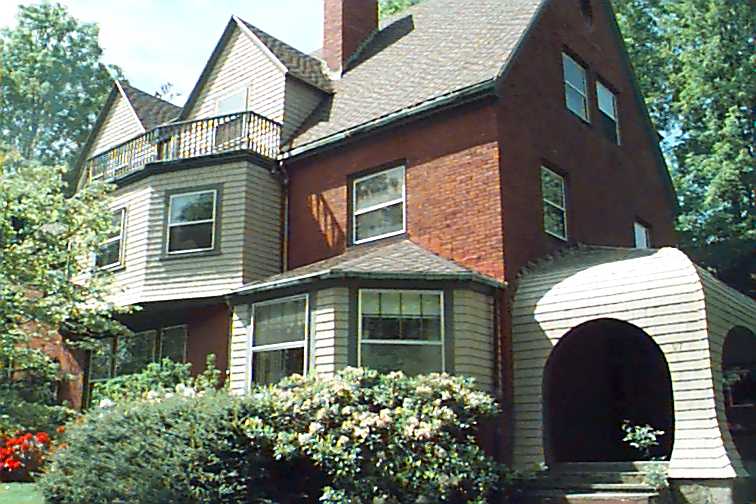 On the opposite corner of Maple Street, 27 Irving Street was designed by Arthur Little in 1887 for William Swan, a Boston lawyer. Here, an interest in brickwork is combined with Shingle style elements, the latter evident in the unusual porch with Richardsonian arches and elliptical openings. 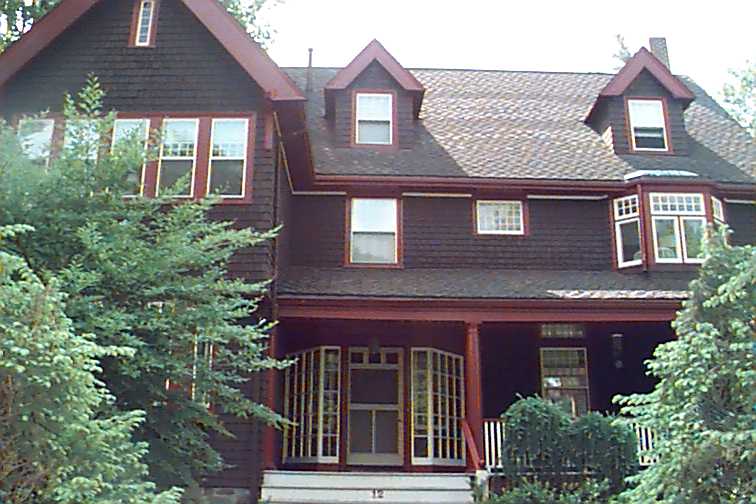 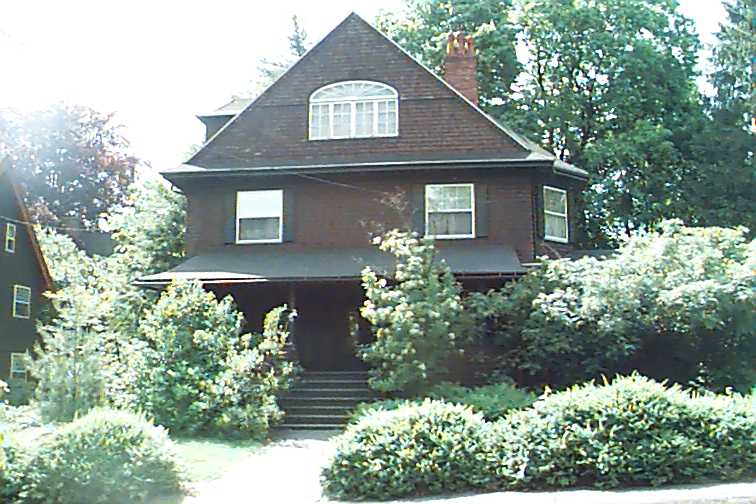 A mixture of the Shingle and Georgian Revival styles so typical of the 1890s can be seen in the two other houses facing Maple Street. 12 Maple Street, built in 1894, has several details worth mentioning–the band of windows, the shingle surface and the side oriel window. Number 18 is well-integrated with its wooded setting–the porch nestled close to the ground in typical Shingle style fashion. Yet, notice the classical influence of the Palladian window on the side.