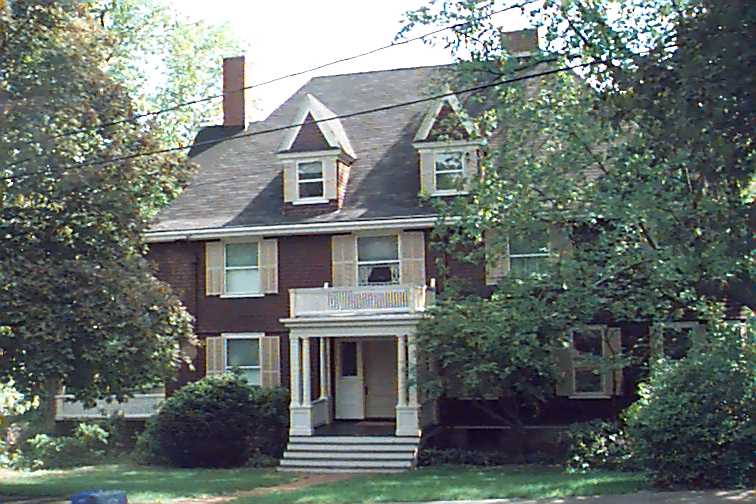 107 Upland Road was designed by Hartwell and Richardson in 1892. Whereas the shingled surface with its overlapping band of saw-toothed shingles emphasizes its horizontality, the tower and gabled dormers accentuate the simplicity of the steep hipped roof. In contrast note the classical detailing of the entrance with its curious combination of square and round posts. 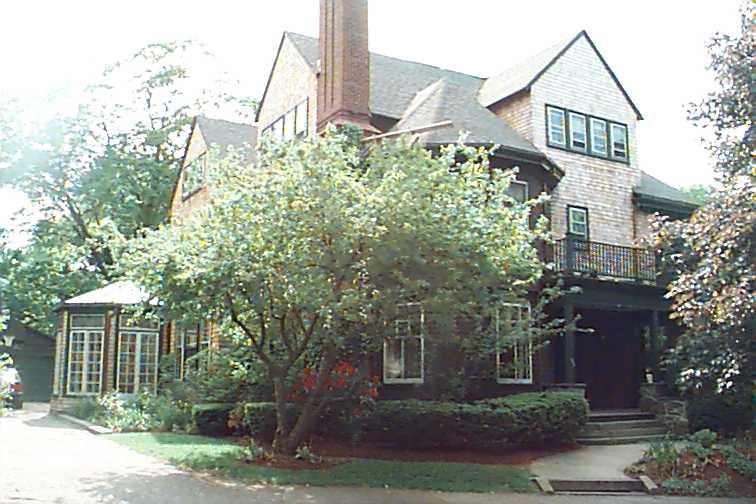 In the same year, number 108 across the street was designed by Winslow and Walker for Joseph T. Walker, Speaker of the Massachusetts House and a U.S. Congressman. Characteristic of the Queen Anne style are the prominent chimney and complex roofline; Shingle style traits are evident in the horizontal bands of windows and the shingle wall fabric. The conservatory was added in 1905. 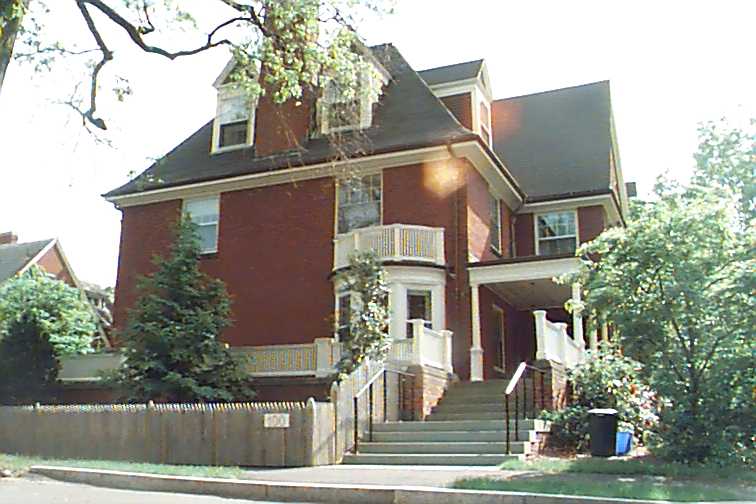 Several brick residences line the edge of Upland Road. This road, once Walley Avenue, was laid out in 1876, with Philbrick Square completed in 1884. 100 Upland Road was designed in 1889 by the versatile architects Peabody and Stearns. Queen Anne details are featured in the oriel and oval windows, the large arched window cutting through the gable and the steeply slanted rear roofline. 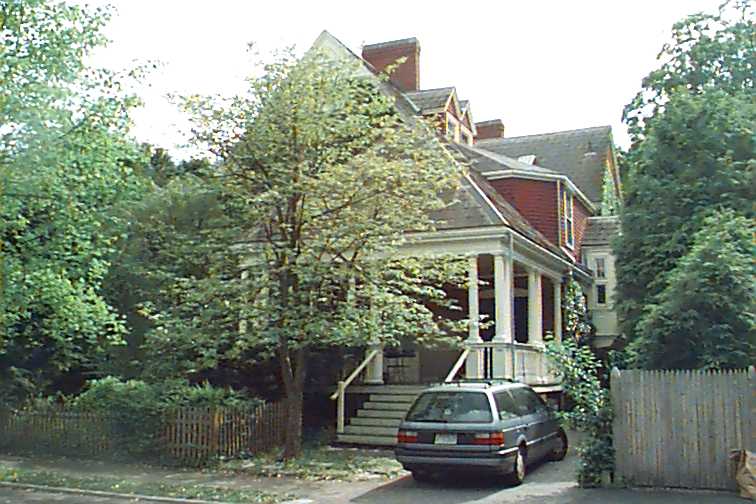 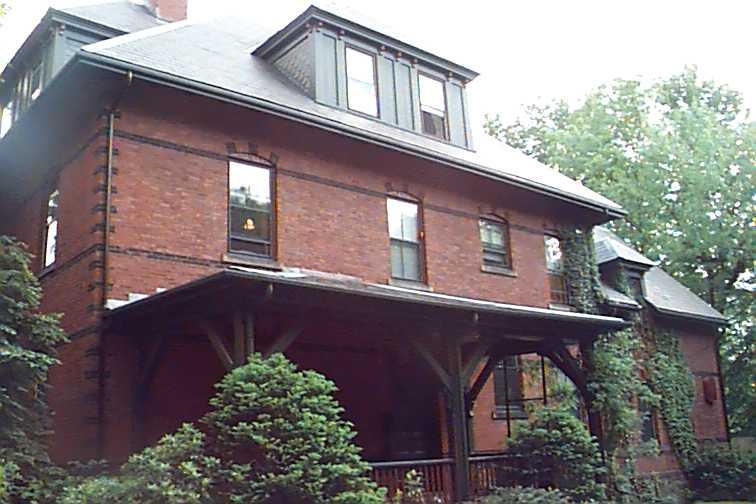 Built circa 1886 for Nathaniel G. Chapin, 84 Upland Road has a symmetrical facade with tardipped bricks delineating string courses, corner quoins, and window arches. The porch bracketing is reminiscent of the 1870s Stick style. 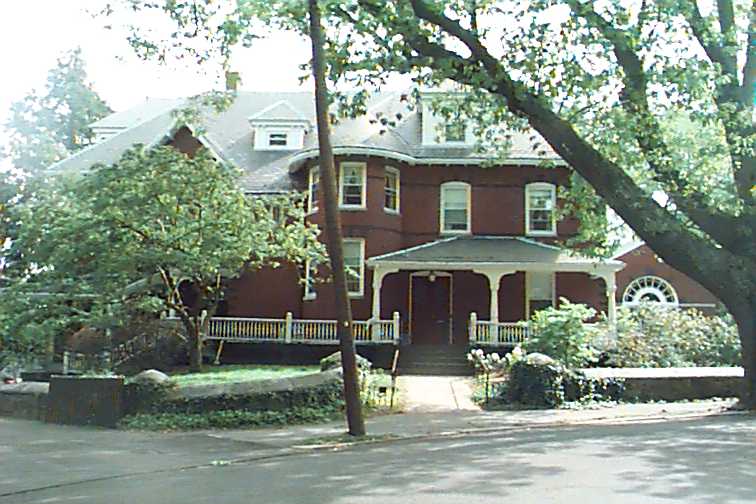 Number 78 was constructed for Edward Philbrick and rented to Mr. Chapin. It was later expanded by Charles Foster, a former president of the Brookline National Bank and later president of the Chickering Piano Factory. He doubled its size by adding the left half of the house and the music room. This room designed by Peabody and Stearns is especially notable for its large arched window with elaborate tracery. The Queen Anne porch brackets are rounder and more delicate than the Stick style brackets of its neighbors. 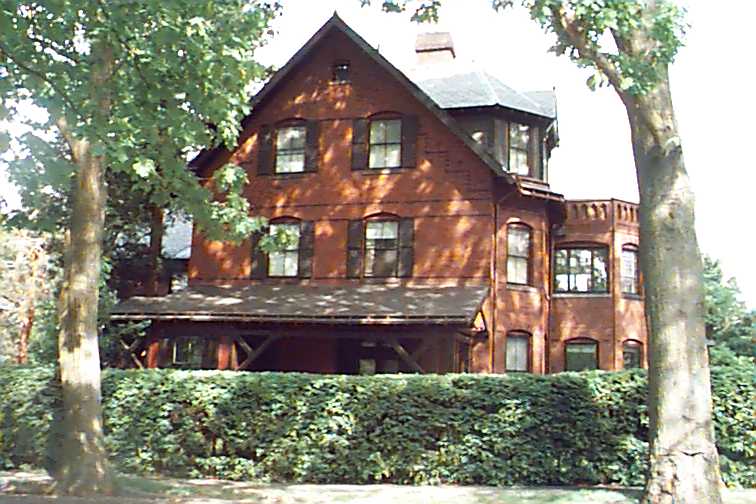 Whereas the two-story section with crenellated roof on the side was added in 1917, the main part of the house at 70 Upland Road was built for Edward Philbrick in 1875. The Boston architect Carl Fehmer rented this house until 1890, when Charles Foster bought it. Stick style features are seen in the porch brackets and the dormer window gables. Queen Anne details include an irregular, complex roofline as well as ornamental brick chimneys.