Returning downhill to Irving Street one passes 62 Upland Road designed by Hartwell and Richardson in 1890, with its unusual slate second floor resting on a brick base. The unique choice of slate instead of wood shingles is also effectively employed in the Richardsonian arched gables along the roofline. 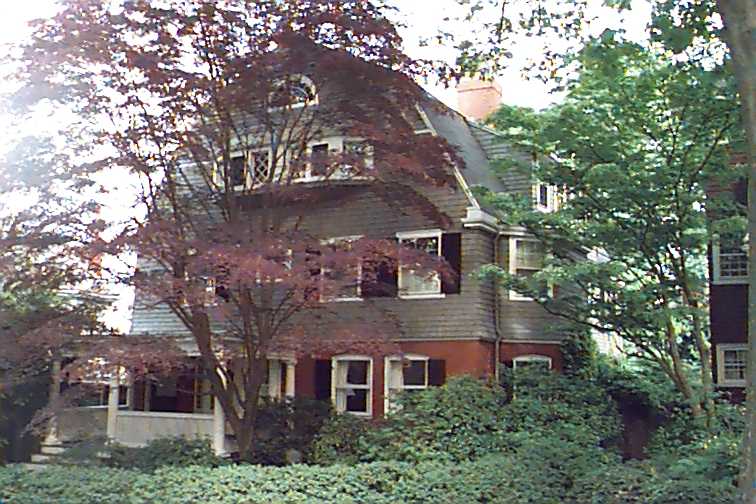 The next two houses were designed in 1890 by Andrews, Jacques and Rantoul. Number 56 emphasizes Shingle style elements in its arched entrance, sloping roofline and window hoods capping banded windows. 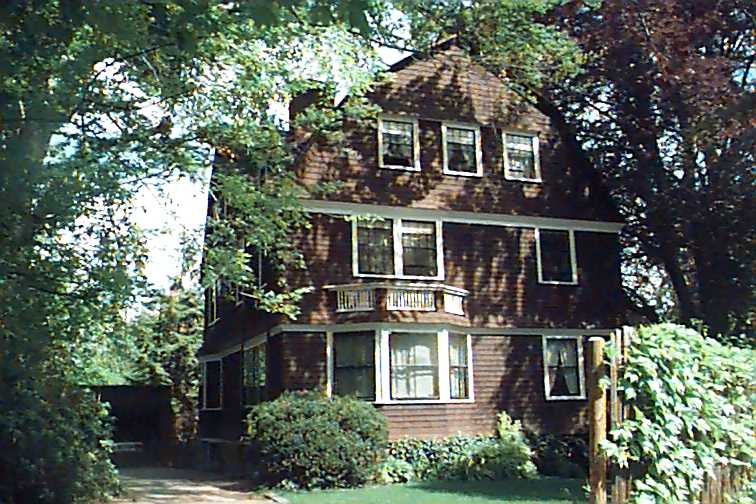 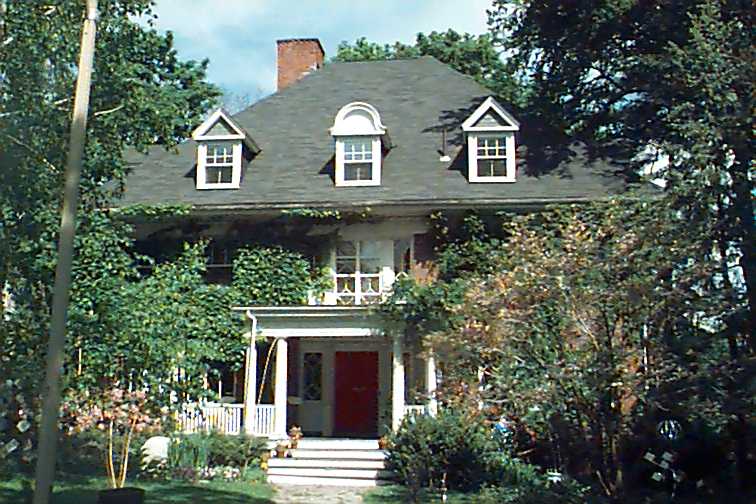 Across the square are two houses at 51 and 65 Upland Road, both built in 1891 by William Ralph Emerson. Between them at number 57 is a brick, five bay variation of the Georgian Revival style with its steep hipped roof, dormers and colonial entrance. 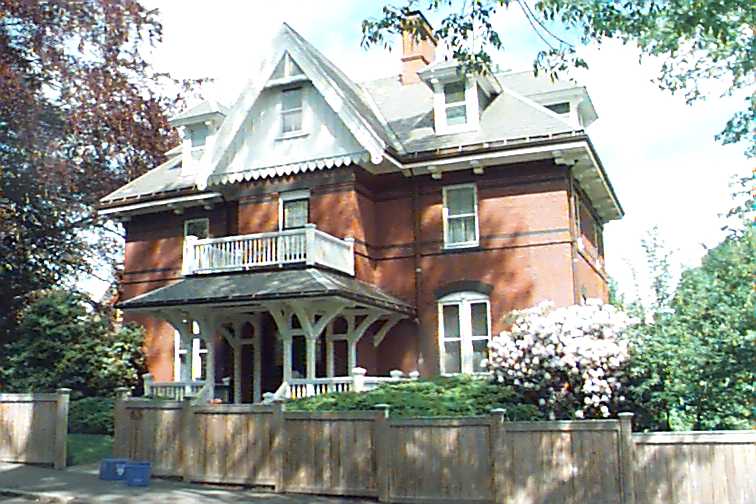 At the corner of Upland Road and Irving Street is one of the most significant houses on the hill. Built in 1876 for Edward Philbrick, 43 Upland Road reflects the stolid, formal design of the well-known architects, Ware and Van Brunt. It is typical of several Pill Hill houses in its use of brick string courses and heavily bracketed eaves and porch. The roof with its gables and dormers is dominated by a large center chimney. The bargeboard, the hammer-beam, the board and batten paneling in the gable and the porch brackets all suggest the Stick style.

Flourishing during the later nineteenth century, the Stick style is “an architecture of sticks expressing the structural fact of the members of its frame.”(1) Most often found on gable ends and upper stories, this ‘stick work” is usually a series of intersecting boards which are decoratively applied over the clapboard to suggest the structural skeleton. Characterized by angularity and verticality, the roofline is generally composed of steep intersecting gables. Frequently rambling verandas with simple diagonal bracing add to the prevailing asymmetry of the facade.