On the south side of Washington Street lies the area still known as the ‘Farm.’ This land was property of the Ward and Kimball families from the late eighteenth century through the mid 1850s. The old Ward farm, originally part of Roxbury until it was annexed to Brookline in 1844, stretched from Pond Avenue to Chestnut Street and from Washington Street to Jamaica Pond. About 1860 the land was sold to the Brookline Land Company and subsequently subdivided into lots. Shortly thereafter it was purchased by John Panter, a key figure in the development of the Village Square area. Gradually the lots were sold off, and by the late 1890s a small neighborhood, comprised of a mixture of three-deckers, small frame structures, and local businesses, had developed. 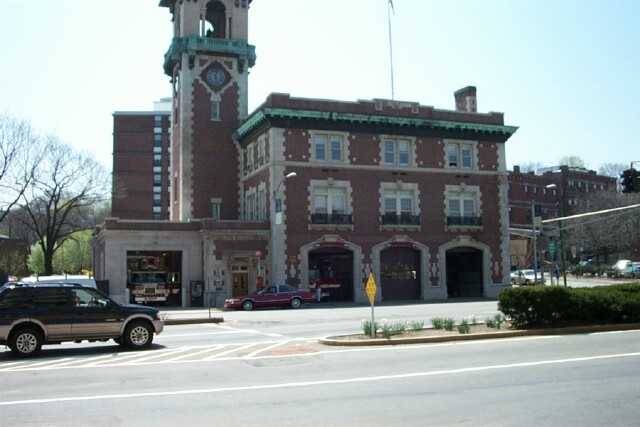 The Fire Station block has also undergone a series of changes through the years. Until the mid-nineteenth century it was part of the Thomas White estate which, bounded approximately by Walnut Street and Davis Avenue, stretched south to the site of the Lincoln School on Boylston Street. In the 1860s ‘Whyte’s Block’ was built on the easterly portion of the lot, having a row of stores, newsstands, fruit and cigar shops, and various other small enterprises. At the opposite end was Mr. Quinlan’s carriage shop. Today, the only structure remaining on the block is the Fire Station, a successor to the former Good Intent Engine Company which stood at the same location. Designed in 1908 by the architects Freeman, Funk and Wilcox, the existing building is a massive red brick structure with white sandstone trimming and a copper cornice. With its swollen brackets and off-center tower, it is an assertive example of Italianate design. 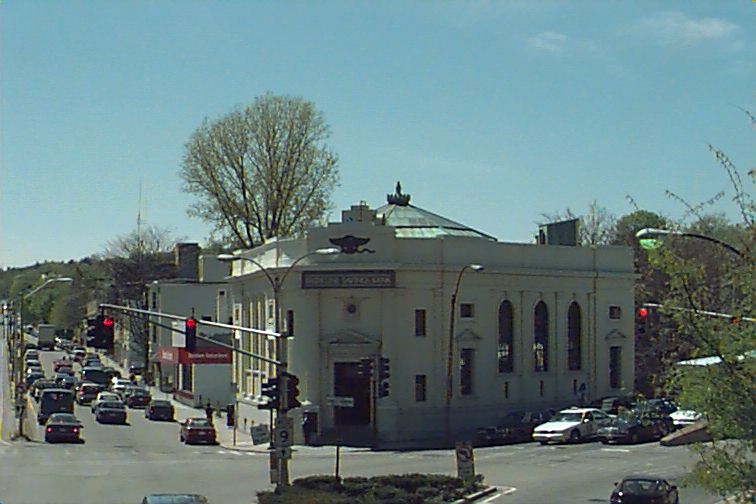 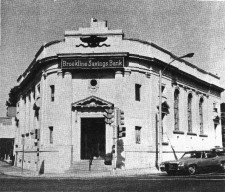 After briefly doing business from the Colonnade Building, it was moved to a location near the Li’l Peach building; then in 1898 moved again to 366 Washington Street, now the Brookline Gospel Chapel. In 1922, the existing bank building was constructed by the local contractor James Driscoll & Sons after designs by the architect F. Joseph Untersee. Driscoll proceeded with the construction of the “Buckeye Gray Sandstone building, with the Bank Seal in Bronze Medallion over the front door, and Tavernelle Rose Marble and mahogany interior finish.” Typical of this building’s Beaux Arts style are the classical symmetry, the round arched windows, the presence of multiple pilasters, and the dominant glass dome. Thus, thirty five years after McKim, Mead and White revived elegant classical traditions in their design of the Boston Public Library, Brookline Savings Bank was exemplifying a similar architectural theme.