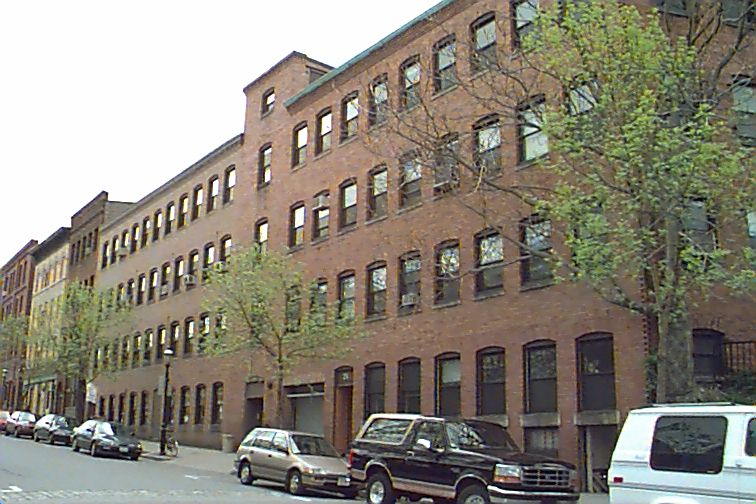 Looking down Station Street, note the large four-story yellow brick buildings. Built around the turn of the century these structures housed the Holtzer-Cabot Electric Company, Brookline’s first industry. In 1874 Mr. Charles W. Holtzer began his electrical appliance business in Harvard Hall (where the Li’l Peach store stands today). By the early 1900s, the company had outgrown its Brookline plant and opened a second plant in Boston. Finally, in 1915 the Holtzer-Cabot business abandoned its Station Street operations. Since that time, the building has been used for a variety of commercial and light industrial uses. 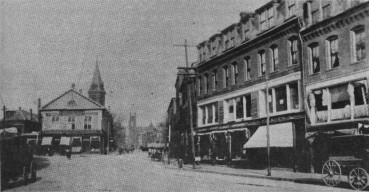 The railroad dramatically changed the commercial development of Brookline Village. Lower Washington Street no longer was the hub of Brookline. Instead, one began to witness the growth of ‘Harvard Square’, the so-called intersection of Harvard and Washington streets. As the end of stagecoach travel precipitated the decline of the Punch Bowl Tavern, the coming of the first steam engine in 1848 led to the emergence of Harvard Square as the next commercial center of Brookline.

Walking along Washington Street, one cannot overlook the fine collection of Panel Brick buildings lining both sides of the street. The Panel Brick style flourished during the 1870s and 1880s throughout the Boston area. As the name indicates, brick masonry was used to create a decorative pattern of projecting or receding panels.

Trademarks of the style are stepped corbel tables, string courses with geometric indentations, and various cross-shaped panels which animate the facade with their crisp patterns. The Panel Brick ornamentation is often centered at points of architectural interest such as cornices, pilasters, windows, and doors. The wall surface itself is also divided into panels of ornamental detail which vie for the eye’s attention. Historically, the Panel Brick style holds a critical position in architectural development. First, it indicated a decided break from the restraining canons of classical architecture prevalent through the Civil War. Second, the experimental way in which brick designs were substituted for classical details was a prelude to the individualistic forms and varied materials of the Queen Anne style. Third, the Panel Brick style may be viewed as an early attempt to design a building which reflects the nature of the building materials, an attitude which looked forward to the work of H.H. Richardson in the 1880s. 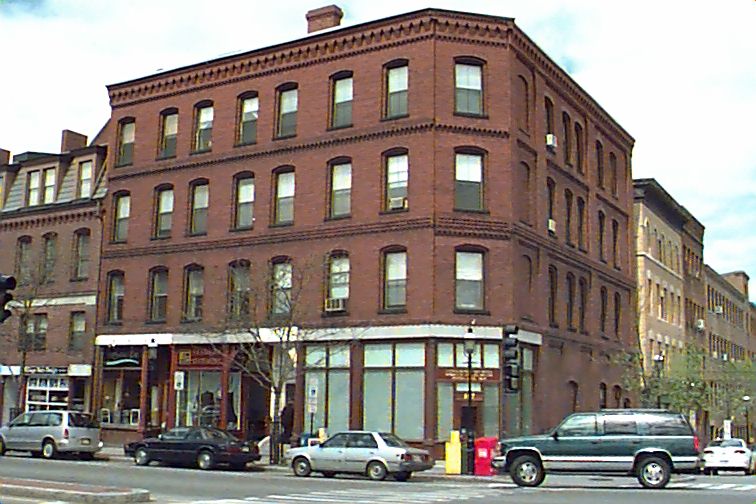 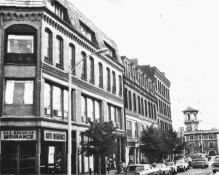 One of the early examples of the Panel Brick style in the Village is the Colonnade Building at 207-241 Washington Street. This property and, in fact, all of the land in the Village Square were part of the Davis farm through the early nineteenth century. In the late 1860s, John Panter purchased the large lot between Andem Place and Station Street from Ginery Twichell and the Boston and Albany Railroad Corporation. Mr. Panter paid $12,000 for the open pasture and a dwelling. In 1872, he built the northerly and middle sections of the Colonnade Building; in 1875 the portion of the building abutting Station Street, originally known as the Monteith, was completed. This southerly portion is the only section which has remained largely unaltered through the years. The other two sections of the Colonnade have both undergone major renovations so that the original fenestration remains only on the third floor. In spite of these changes, many details can still be seen such as the brick pattern between floor levels, the corbelled cornice, the segmental arched windows with radiating brick voussoirs, and the cast-iron Corinthian columns. 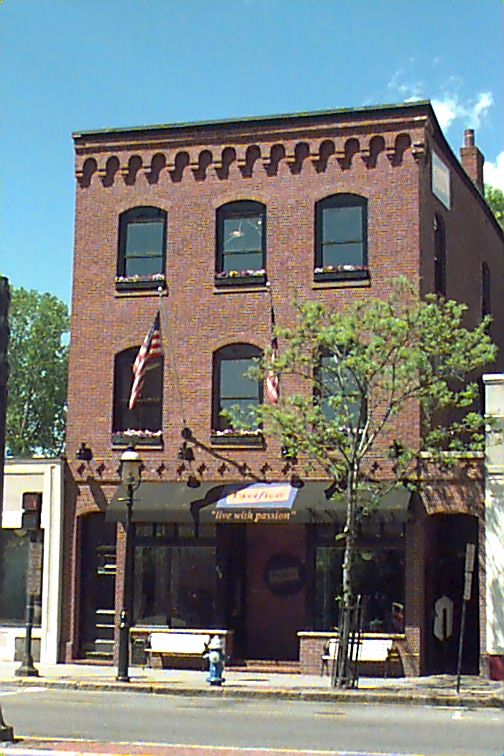 Across the street is the Village Coach House restaurant, an attractive building which had previously been a fish market and a hardware store. Built in the late 1870s or early 1880s by Mr. Reuben Chace, the building’s interior and exterior were recently restored by its current owner. Again, note the segmental arches above the windows and the recessed diamond brick patterning motif between floors. An equally attractive detail is the arched brickwork along the cornice with stepped corbels creating a dropped pendant effect.