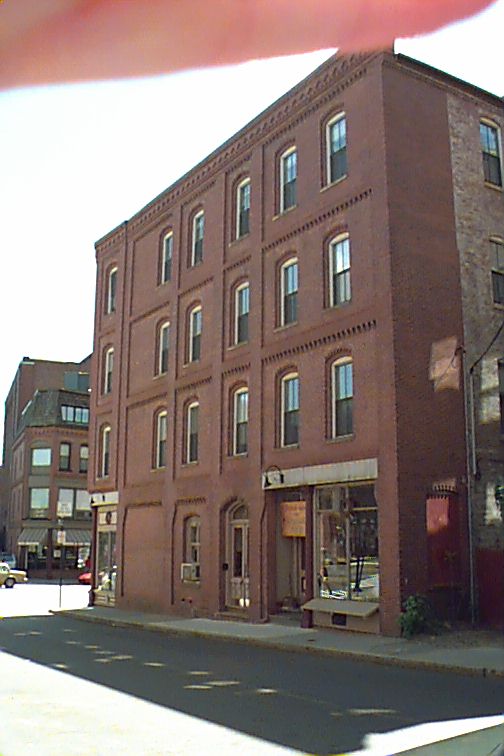 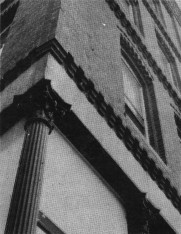 At the eastern corner of Davis Avenue and Washington Street stands another brick edifice, the St. Andrew Building. Formerly part of the Davis estate, this parcel came into Mr. Panter’s possession in 1866. Mr. Panter paid $10,848 for the property and in 1875 erected the St. Andrew Building and the Davis Mansion.* Again one sees many of the same features exhibited by the Colonnade Building across the street–the segmental arched windows, the string courses separating the various floors, the elaborate brickwork along the cornice, and the Corinthian columns. Of course, the decorative brick patterning is not exactly the same. Rather each building has unique detail–a spontaneous combination of angled, ‘stepped’, pyramidal, or diamond shapes. Another interesting feature of the St. Andrew Building is the division of the facade into many separate units. This is achieved not only through the use of string courses, but also through the interplay of recessed bays and the slightly projecting columnar brickwork.

*Because there were several Davis houses in this neighborhood, a distinction should be made. The Ebenezer Davis house was a late seventeenth century gambrel structure which once stood on the easterly side of Harvard Square between Kent Street and Andem Place. The Benjamin Davis house was built circa 1760 in the Federal style by Ebenezer Davis for his son Benjamin Davis. Finally, the Davis Mansion was constructed in 1875 for John Panter-undoubtedly sonamed because the Davis family had owned the property previously and figured prominently in the Town’s early history. 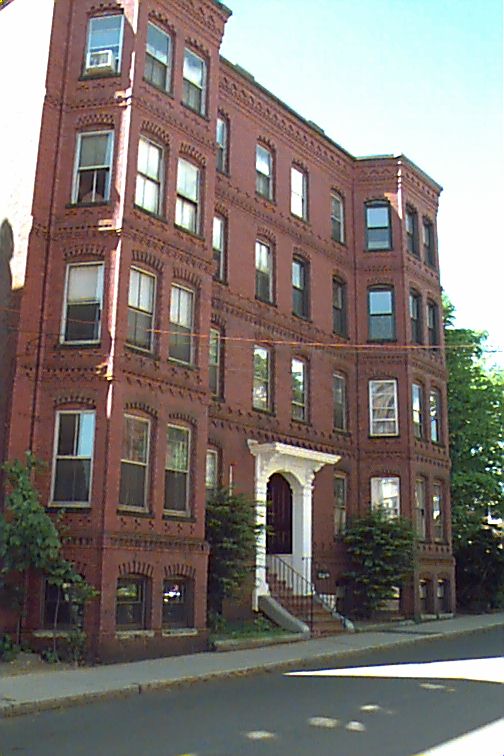 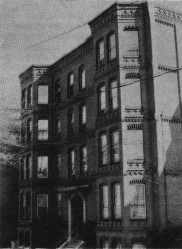 A brief detour down Davis Avenue reveals three magnificent Panel Brick residences, which dominate the streetscape. At 10 Davis Avenue is the Davis Mansion built in 1875, and to its right the McLeod Mansion. 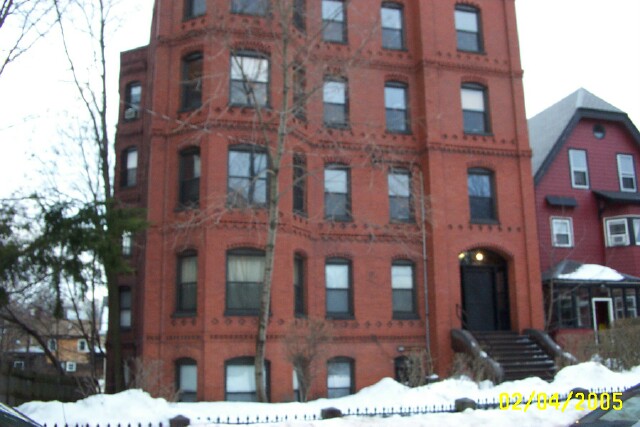 In 1885 Mr. Panter joined with a Dr. T.E. Francis in the purchase of the only remaining parcel of the Davis estate on this street. Upon his portion of the land Mr. Panter built the McLeod Mansion in memory of his deceased wife. 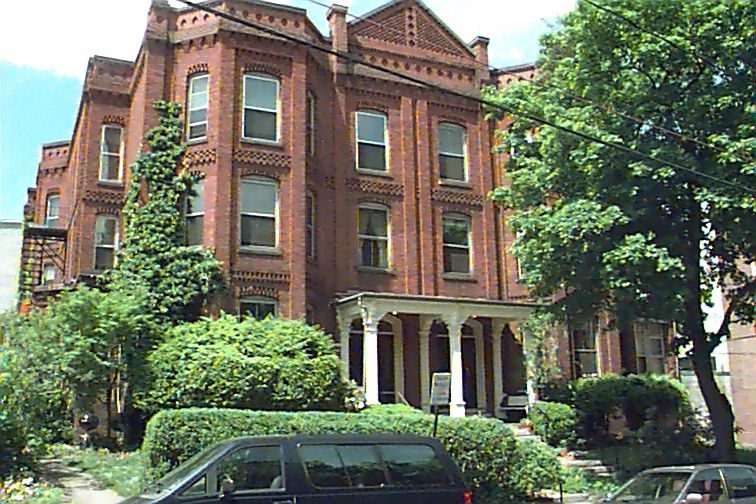 Across the street at 11-15 Davis Avenue is a building constructed several years after the Davis Mansion. Of particular note is its central gable, piercing the flat roof with its unusual checkered brick. The resemblance of these three buildings to the Panel Brick commercial buildings on Washington Street is easy to see. There are brick string courses, arched windows, and stepped corbel tables. However, there are differences. First, the facades of these residences are broken by polygonal multi-storied bays in contrast to the predominantly flat facade treatment to be seen on Washington Street. Second, the recessed cross motif, a typical device of the Panel Brick style, is highly developed on these buildings. 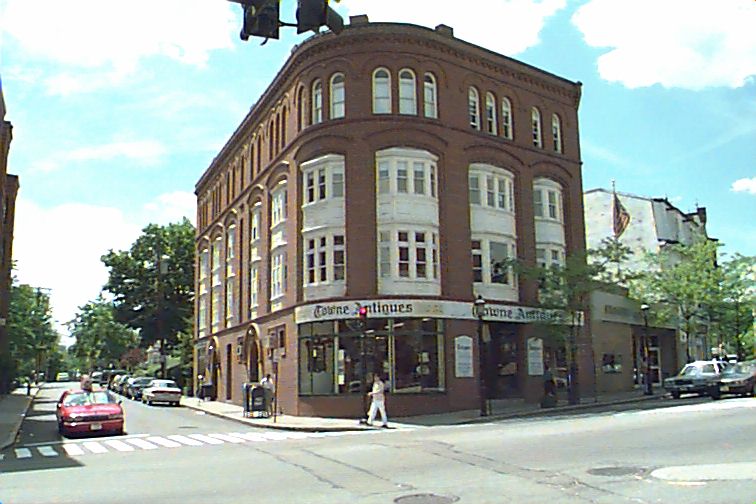 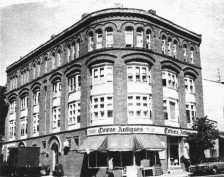 At the western corner of Davis Avenue and Washington Street is a fine four-story brick building, erected by Mr. James M. Seamans who, along with Mr. Panter, was a key figure in the development of the Square. In 1866 he bought this corner lot and relocated his grocery business from his lower Washington Street address. In 1888 he moved the two story wooden structure which had been on this site and erected the existing brick building (now Towne Antiques). Built from designs of Messrs. Shepley, Rutan, and Coolidge, a successor firm to H.H. Richardson, it is an early example of thoughtful urban design. Unlike its many neighbors, the emphasis is not solely upon decorative brick patterning. Rather, it echoes the Richardsonian Romanesque tradition with its rounded corner edges and heavy arches. Yet it easily blends with the Panel Brick buildings in massing, height, and scale.