Thanks to Selectman Neil Wishinsky: The Selectmen are holding two public hearings on the potential Override ballot questions for the May Town election. The hearings are scheduled for Tuesday, January 20, 2015 at 9:00 am and Thursday, January 22 at 7:30pm. Both hearings will take place in the Selectmen’s Hearing Room on the sixth floor of Town Hall.
The Override Study Committee met for about a year and produced a report which effectively laid out the framework for the Selectmen’s analysis.
A chart summarizing the proposals under consideration has been posted on the Town website at:
http://www.brooklinema.gov/DocumentCenter/View/6896 Town Meeting Members and others understand what is being proposed.
The chart contains three columns labeled Plan I, Plan II and Plan III. The chart shows the effect on the taxes for the median Single Family (SF), Condo and Commercial taxpayers under each of the proposals.
All three proposals assume that a combined $2 million in non-tax revenues and/or municipal efficiencies will accompany the voter approved tax increase. The three proposals use numbers drawn from a chart presented to the Selectmen by Superintendent Lupini on 1/6/2015.
That chart is posted here:
http://www.brooklinema.gov/DocumentCenter/Home/View/6792
More detailed information about the line-items in the 1/6/2015 chart is contained in an earlier presentation by Superintendent Lupini which is located here:
http://www.brooklinema.gov/DocumentCenter/Home/View/6556

Plan I
The operating override portion of the Plan I proposal (Lines A and B) is based on the so-called 100% column (“Fully Funded”) from the 1/6/2015 chart. The proposal adjusts the 100% column amount downward by assuming a smaller increase in teacher compensation being agreed to in the teachers next contract with the public schools, a smaller increase in central administration staffing, the hiring of fewer custodians, not funding a proposal to place paraprofessionals in second grade classrooms, and a more nimble Brookline High School Administration. Plan I would fund a public schools spending plan increase of $10.95 million (from FY 2015) which is reduced by the $2.0 million in non-tax revenue/municipal efficiencies to yield a proposed override of $8.95 million. Note that even though specific programs were identified when constructing the proposal, the School Committee is under no obligation to cut or remove those particular programs when they construct the FY16 budget.
The proposal also contains a potential pyramid override scheme for comment. Under a pyramid override two operating override questions appear on the ballot; one to raise a base amount of additional revenue and a second seeking to raise additional funds beyond the base. The highest spending proposal which gets 51% of the votes wins. You may recall that Brookline’s 2008 operating override was structured in this manner. The Plan I proposal would include funding for a portion of an enhanced educational technology program ($530k) in a pyramid. The voters would therefore have an option for a lower amount which excludes funding for this program.

Plan II
The operating override portion of the Plan II proposal (Lines A and B) works off the so-called “90% scenario” from the 1/6/2015 chart. This column used the recommendation of Group 2 of the Override Study Committee adjusted for some updated assumptions. The Plan II proposal lowers the collective bargaining assumption (the same amount as the Plan I proposal) and removes a so-called rental contingency which was mistakenly included in the 1/6/2015 chart. This yields a spending plan increase of $10.13 million (from FY 2015) which is reduced by the $2.0 million in non-tax revenue/municipal efficiencies to yield a proposed override of $8.13 million.
The proposal also contains a potential pyramid for comment. Plan II could place funding for a portion of an enhanced educational technology program ($530k) in the pyramid.

Plan III
This proposal is the same as the Plan II proposal with 2 exceptions:
1. $65,000 is added to the Override amount to finance the purchase an additional sidewalk snow plow and snow throwing equipment to better clear curb areas with a focus on commercial districts.
2. No pyramid is proposed.

Debt Exclusion
A Debt Exclusion vote raises taxes for the term of debt incurred to complete the project listed in the ballot question, in this case, the Devotion School.
Two scenarios are presented for comment.
Line C is a debt exclusion of $44.576 million. The Devotion School project is currently estimated to cost $118.4M. The current funding plan includes the following components:

As you see above, it is estimated that the Town will have to contribute $90.6M toward the cost of the Devotion School project. For the past several years, the Town has set aside $54M in its long range capital plan to cover the cost of the Devotion School project leaving a $36.6M gap in funding. The plan is to place a Debt Exclusion on the ballot for this cost plus an additional $8M in school department capital needs.
The additional $8 million will allow the Town to fund the School Department’s short term space plan which includes modulars for Baker School, rental space for BEEP and other items presented to and adopted by the School Committee.
Line D is a debt exclusion of $49.876 million. This would add capacity for an additional $5.3 million in capital improvements. The additional capital dollars could be used in the event of:
· increased Devotion School construction costs

· to fund additional smaller scale school capital projects and to mitigate the impact of increased school enrollment. Any additional projects would need to obtain Town Meeting approval before money could be expended.
An additional note; the Debt Exclusion votes proposed here addresses the Devotion School and the short term space plans of the Schools. It does not address construction costs of future expansion at the High School, permanent expansion at any elementary school or a possible ninth school. What this means is that there could be additional Debt Exclusion votes in the next 3-6 years to fund additional school expansion/renovation/construction projects. 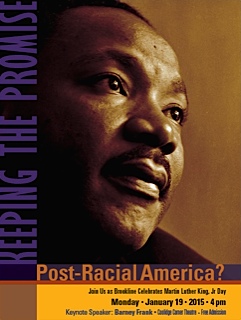