Next time you pass by the pastoral splendor of the banks of Leverett Pond at the foot of Allerton Street, remember we have the Friends of Leverett Pond to thank for decades of earnest restoration work.  Leverett Pond – the link in the celebrated Emerald Necklace at Olmsted Park, named for its designer, Frederick Law Olmsted, the father of American landscape architecture – is at the eastern end of the High Street Hill neighborhood along Pond Avenue.

Formed in 1978 as a subcommittee of the High Street Hill Association, the Friends of Leverett Pond has worked to increase park stewardship; and originally, to help restore a largely ignored, dilapidated park on the edge of the neighborhood which always should have been — and currently is — a significant asset.

The Friends of Leverett Pond advocates for proper maintenance and the historic restoration of Olmsted Park and the entire Emerald Necklace, and has held neighborhood celebrations, clean-ups, and pruning workshops in the park, and provided leadership to remove an oil spill into Willow Pond. All improvements show respect for Olmsted’s original design, and reflect intensive neighborhood participation in restoring Brookline’s piece of a national treasure.

Major work following the guidelines of an Emerald Necklace Parks Master Plan has included removing automobile traffic from a dual road system and creating increased parkland and bicycle and pedestrian paths in its place, and restoration of the Babbling Brook and park footbridges. 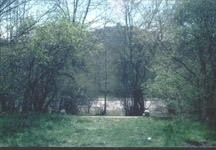 Under a $100,000 Mass. Historic Landscape Preservation Program grant through the Massachusetts Department of Environmental Management, the area below Allerton Street, known as the Allerton Overlook, was re-created into a welcoming park entrance following Olmsted’s original plan.  Throughout the Park to deal with previous neglect and dead and dying growth, major horticulture restoration effort has resulted in a healthier tree canopy.  There are currently over 20 species of trees in the Park and walking tours are frequently held highlighting this diversity. 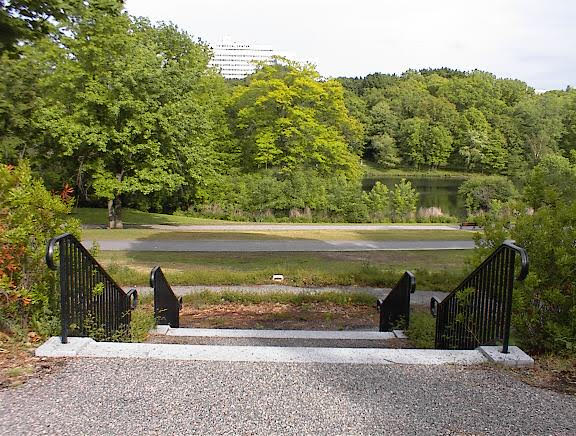 After major flooding resulting from two hundred-year storms in 1996 and 1998, Boston, Brookline, and the Commonwealth, with citizen participation including the Friends, developed the Emerald Necklace Environmental Improvements Master Plan.  Phase 1 of the Muddy River Restoration Project implemented by the Army Corps of Engineers was completed in 2016. Phase 2 will excavate the sandbar and island at Leverett Pond opposite 33 Pond Ave. (Brook House) to allow for increased water flow and reduce flood damage. The Brookline Parks and Open Space Division is developing a plan for dredging Willow Pond.

Friends of Leverett Pond has a seat on the Emerald Necklace Conservancy’s Overseers Committee and is a member organization of Brookline GreenSpace Alliance and remains a strong advocate for our historic neighborhood park.

Your participation and membership in the Friends strengthens the community that cares for our local Olmsted park.  As a subcommittee of HSHA, the Friends is supported by your dues and designated individual contributions which can be made to the HSHA treasurer at Matt Hyatt, 87 Walnut Street, Brookline, Ma 02445 or highstreethill@gmail.com, attn: Friends of Leverett Pond.

We look forward to continuing the association with the Friends of Leverett Pond and all the great work that is being done into the future.